AirAsia bans use, charging of Samsung Galaxy Note7 on all flights 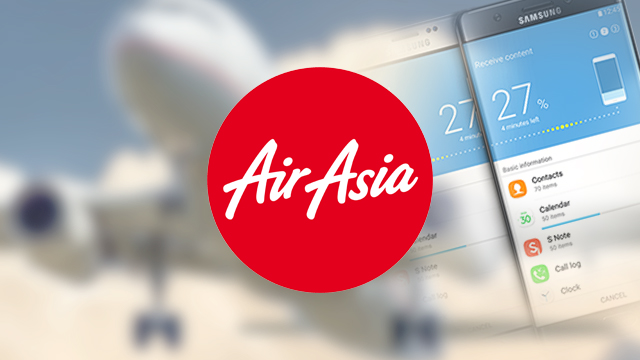 MANILA, Philippines – AirAsia, a low-cost airline operating out of Malaysia, has banned the use of the Samsung Galaxy Note7 in all AirAsia and AirAsia X flights.

AirAsia and AirAsia X, the company’s long haul brand, specified that the usage and charging of the device onboard all flights are prohibited until further notice. “All guests travelling on AirAsia and AirAsia X who owns the Samsung Galaxy Note7 device must turn it off until disembarkation from the aircraft,” a press release Monday, September 12, stated.

Civil aviation authorities in the United Arab Emirates has also ordered a ban on the device, applicable to all national carriers. Emirates Airlines and Etihad Airways have expressed compliance.

The US conveyed a similar disposition but stopped short of banning the devices, instead issuing a strong warning against the use and charging of the phone when aboard the plane.

The AirAsia press release also said that the device must not be kept in any checked baggage. Passengers may also approach AirAsia and AirAsia X ground staff for more information on the Note7 prohibition. – Rappler.com