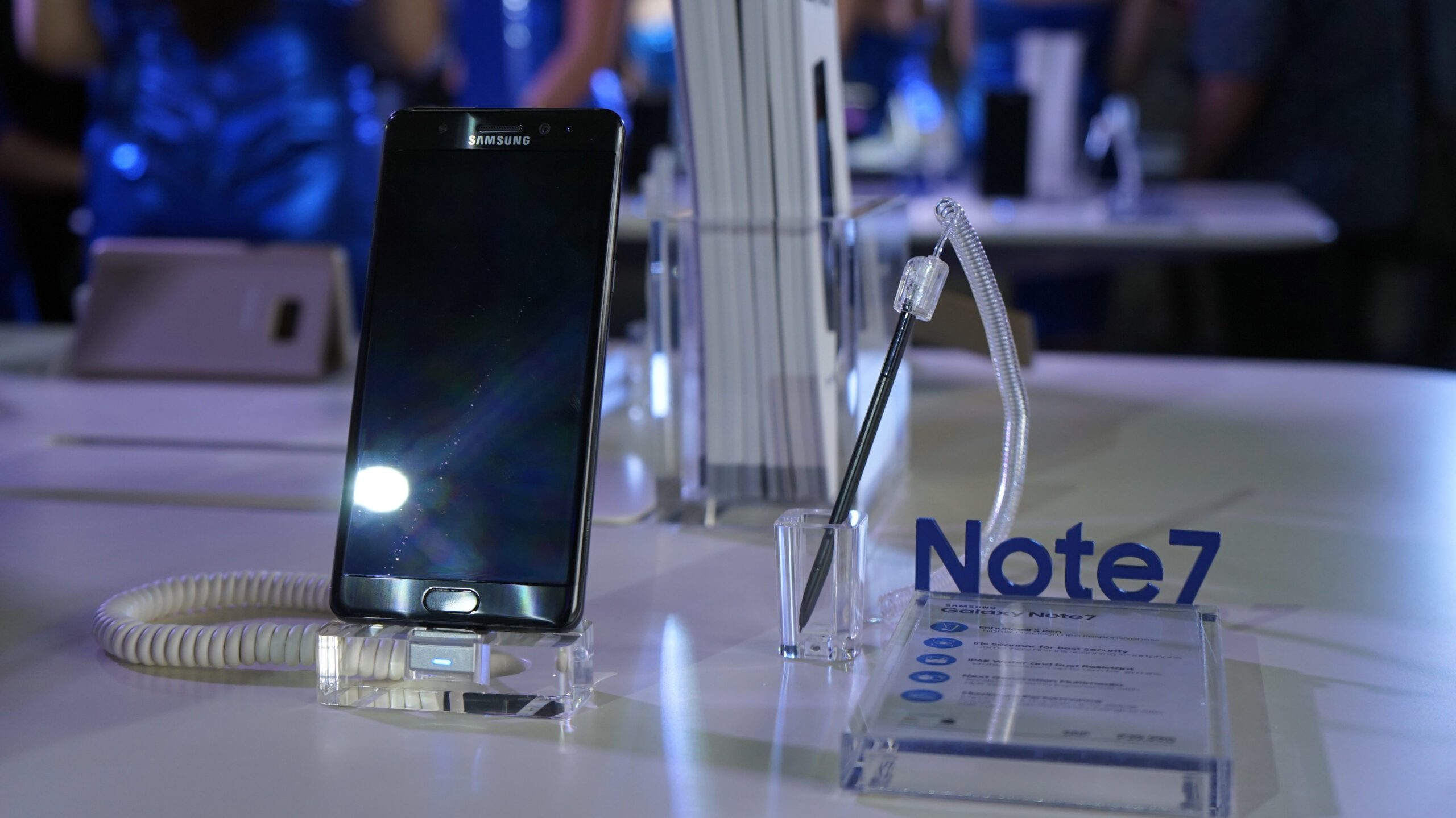 The South Korean company’s latest efforts to contain a snowballing recall crisis that threatens to derail the powerhouse global brand came as the federal US consumer regulator issued an alarming warning of the possible dangers the Note 7 posed to its owners, their families and homes.

The news slammed Samsung’s share price, which closed down 8% at 1.54 million won, following a 1.5% drop the day before.

The measures announced by the world’s largest smartphone maker came a little over a month after it recalled 2.5 million Note 7s in 10 markets following complaints that its lithium-ion battery exploded while charging.

The unprecedented move has turned into a PR disaster for the company, which prides itself on innovation and quality, and the situation only worsened when reports emerged a week ago of replacement phones also catching fire.

“If it’s once, it could be taken as a mistake. But for Samsung, the same thing happened twice with the same model so there’s going to be a considerable loss of consumer faith,” said Greg Roh at HMC Investment Securities.

“The reason consumers prefer brands like Samsung and Apple is because of product reliability … so in this case brand damage is inevitable and it will be costly for Samsung to turn that around again,” Roh said.

A day after it said it was “adjusting” the manufacturing volume of Note 7s, Samsung said Tuesday it was “putting consumer safety as the top priority” and halting production completely.

Earlier in the day it had directed all its carrier and retail partners worldwide to stop sales and exchanges of the Galaxy Note 7 pending a thorough investigation.

Customers will still be allowed to apply for a full refund or to swap their Note 7s for other Samsung handsets.

Major distributors – US telecom firm AT&T and German rival T-Mobile – had unilaterally suspended sales and exchanges of the model on Sunday.

Samsung also advised all customers with an original or replacement Galaxy Note 7 to “power down and stop using the device” immediately – a warning echoed by the head of the US Consumer Product Safety Commission, Elliot Kaye.

“No one should have to be concerned their phone will endanger them, their family or their property,” Kaye said in a press release.

Samsung’s decision to halt sales and exchanges was “the right move”, Kaye said, adding that his commission was actively investigating reports of phones overheating and burning in multiple US states.

The US Federal Aviation Administration issued a guidance update, urging all passengers to power off, and not use, charge, or stow in checked baggage, all Samsung Galaxy Note 7 devices – originals or replacements.

Analysts have suggested that Samsung, battling ever-fiercer competition in the saturated smartphone market, may have rushed production of the Note 7 because of the recent release of the iPhone 7 from bitter rival Apple.

The top-of-the-line Note 7 was crucial to Samsung’s growth plans this year. The company is struggling to boost sales, squeezed by Apple in the high-end sector and by Chinese rivals in the low-end market.

Linda Sui, wireless smartphone strategies director at Strategy Analytics, estimated that Samsung could lose “$10 billion or more” over the recall.

“And the impact on brand image and consumer confidence will be even worse,” Sui said, adding that Samsung might be forced to consider junking the Note 7 completely.

The crisis has shone a spotlight on Samsung’s management at a time when it is navigating a tricky generational power transfer within its founding Lee family.

Samsung is also under pressure from one of its shareholders, the activist US hedge fund Elliott Management run by billionaire Paul Singer.

In a detailed proposal unveiled last week, Elliott laid out a strategy for streamlining Samsung, splitting the company in two, dual-listing the resulting operating company on a US exchange and paying shareholders a special dividend of 30 trillion won ($27 billion). – Rappler.com