Winner of NBA 2K17 Philippines Finals gets crowned at ESGS 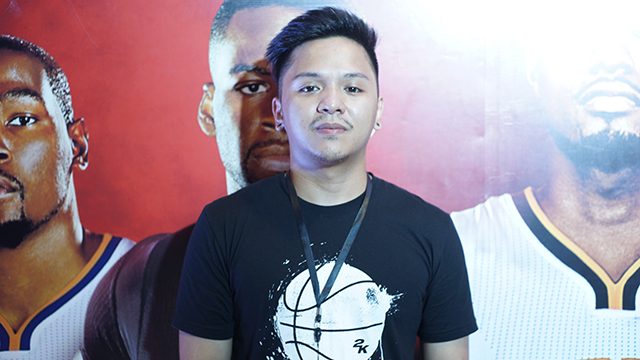 In winning one of the biggest 2K17 tourneys in the country, Galas will be representing the Philippines in the regional Asia tournament to be held in Taiwan in 2017. Aside from a ticket to Taiwan, he also got to take home a PS4 bundled with NBA 2K17.

What’s amazing about Galas is that before his victory, he didn’t even have his own console to practice on.

(I play at my friend’s place. We play 3 to 4 times a week, sometimes for bonding and not necessarily for practice.)

“Do you win against your friends often?” we asked.

(I’m a newbie. This is my first major tournament. The ones I used to join were really small.)

With Sony awarding him a PS4, Galas will now have the chance to practice on his own console to improve his chances of advancing far in the regionals.

The first leg of the Philippine NBA 2K17 tournament was held on October 15 and 16 at SM Southmall. The concluding leg was held at ESGS on October 29 and 30. – Rappler.com