Nov 4, 2016 5:56 PM PHT
Agence France-Presse
Facebook Twitter Copy URL
Copied
The regulations, which go into effect in December, call on providers of live-streams to maintain their own staff and 'censor content before releasing it,' Xinhua says 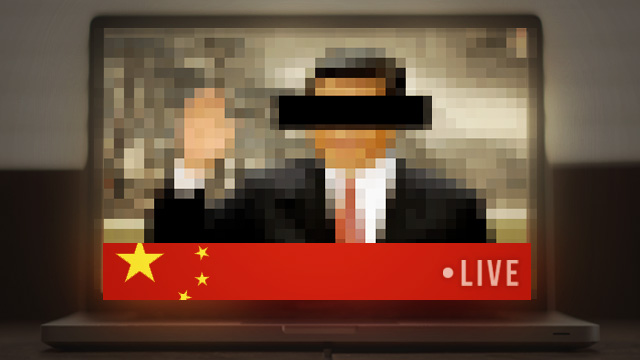 BEIJING, China – China will demand that live-streaming platforms “censor content before releasing it,” state media said on Friday, November 4, as authorities seek to tighten control over the fast-growing sector.

Online streaming has grown rapidly in China and the sector is worth an estimated $1.4 billion, often involving young women who sing and chat in exchange for gifts.

The regulations, which go into effect in December, call on providers of live-streams to maintain their own staff and “censor content before releasing it,” Xinhua said.

It was unclear how the mechanism would work but television channels sometimes impose a short delay while broadcasting live coverage to prevent sensitive or undesirable material from being aired.

The ruling Communist party restricts access to foreign websites including Google, Facebook and Twitter with a vast network of controls dubbed the Great Firewall of China.

The content of Chinese social media is also tightly controlled, though much of the censorship process is outsourced to the operators themselves.

Xinhua cited a CAC official as saying that streaming services had been found to disseminate pornography, violence, rumors and fraud, which ran counter to socialist core values and adversely affected young people.

Service providers will be obliged to blacklist users who violate the regulations, prohibiting them from registering as live-streamers, Xinhua said. – Rappler.com