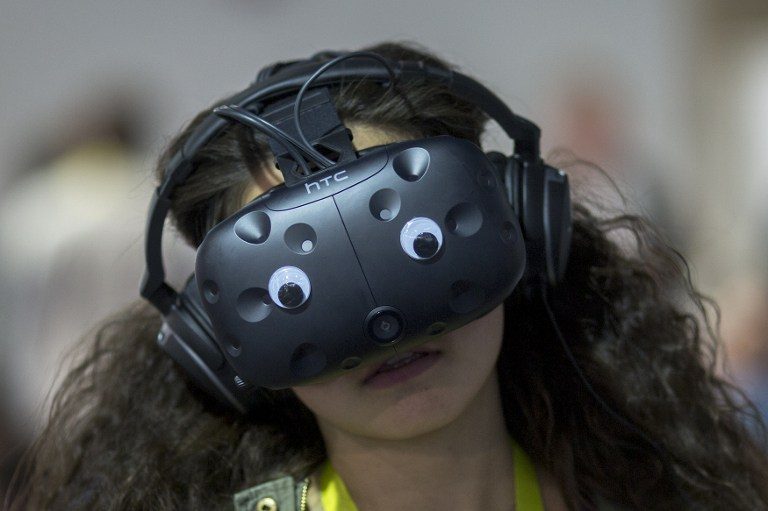 LAS VEGAS, US – Virtual reality sought its stride Friday, Jan 6, at the Consumer Electronics Show, where despite being a hot topic there was little sign it is racing into mainstream culture.

Show floor space devoted to virtual reality abounded with companies diving into the market with headsets, content, or tools for better creating or delivering immersive experiences.

Last year at CES, virtual reality was an eye-grabbing sensation. This time around there was a focus on what it is going to take to get it into the hands of the masses.

Shawn DuBravac, chief economist at the Consumer Technology Association behind the annual show, was confident that sales of mixed reality gear would grow, and the range of uses expand far beyond video games.

“There is a lot of investment going into content,” DuBravac said. “Sales will eventually come.”

Taiwan-based HTC used CES to announce initiatives aimed at getting developers to create more VR experiences and revealed plans for arcades in public venues so more people could give it a try.

“Our goal is to build the largest VR platform in the world,” O’Brien said.

“2016 was a coming out party for VR; 2017 is developing it in the marketplace and continuing to evolve the product.”

Vive is up against PlayStation VR and Facebook-owned Oculus Rift. Each company has been wooing software developers and refining its hardware to better entice users.

HTC said that later this year it will release a Vive Tracker device that lets digital versions of real-world objects easily be put into fantasy worlds.

O’Brien also said that HTC is working on a wireless version of its headset, to sate a strong desire to be able to move around untethered to computers while using Vive.

Rikard Steiber, head of Viveport virtual reality app shop, said that more than 3,000 titles for the Vive platform would be available by the end of this year.

The vision is to have Viveport serve all VR platforms, including those of Oculus and Sony, according to Steiber.

HTC said it will launch what it billed as the world’s first virtual reality app subscription service, likened to “Netflix for VR.”

The goal is to help developers reach audiences and make money, ideally inspiring the creation of more VR content, according to HTC executives.

HTC also planned to bring VR to the masses in arcades in shopping malls, downtowns or other public locations.

The company envisioned thousands of Viveport Arcades in operation by the end of this year.

He said that Sony aimed to continue the console momentum with more services and content, including VR games.

Sony Pictures was among more than two dozen companies that used CES to announce the creation of a Virtual Reality Industry Forum.

The Forum said its goal is to “further the widespread availability of high-quality audiovisual VR experiences.”

The group wants standards and formats that allow rich VR content to be equally accessible from the array of devices, avoiding “fragmentation” that has plagued audio-visual media in the past, according to a release.

“We believe this is crucial for the market to take off,” Sky broadcast strategy chief engineer Chris Johns said in the release.

“We all expect that 2017 will be the year when intense consumer interest in VR spurs a quantum leap in the user experience.”

CES featured the largest collection of VR technology ever at a trade show, according to Gartner analyst Brian Blau.

“There is a bit of the cart being before the horse,” Blau said. “A lot of people have learned about it, but people aren’t really buying it.”

He described the VR scene at CES as the first incarnation of an ecosystem of devices, applications and services in what was a big step for the technology.

“There is nothing like putting it on and experiencing it,” Blau said of VR.

“The disappointing part is that it is quite expensive. VR will be held back a bit until quality goes up and price goes down.” – Rappler.com