Facebook Twitter Copy URL
Copied
(3rd UPDATE) Nintendo's Switch has a $299 price point and is slated for a March 3 worldwide release. Learn more about the console, the Joycon controllers, and some of the announced games and their trailers! According to some analysts, $300 is the level that could make or break demand for the device.

Nintendo president Tatsumi Kimishima confirmed the Switch will not be region locked. Players will be able to play released software globally, allowing for importation of games from another region.

Nintendo also announced it will have its own paid online service for the console. At launch, online services will be free for a specified trial period after launch. It will then become a paid service in the fall of 2017. Details will made available on the paid service at a later date. The Nintendo Switch’s tablet features a kickstand, allowing people to bring it and watch their games from anywhere. The Switch tablet has a battery life of anywhere from 2.5 to 6 hours. It has a 6.2-inch capacitive touch screen supporting 1280×720 resolution.

The console itself has 32GB of storage, which is expandable with a microSD card. The console base has USB ports, which likely means it’ll serve as potential avenues for more storage, if not charging.

At the very least, the Switch supports USB Type C charging through one of the said ports. It also features local wireless connectivity that allows for up to 8-player wireless gaming.

The press conference continued with an explanation of the Joycon controllers of the Nintendo switch.

The controllers feature motion controls and have individual gyroscopic controls on each Joycon. The Joycon also has screen capture and sharing capabilities, with the right controller also having a near field communications (NFC) reader and an Amiibo read-write system.

Joycons will also feature a motion IR camera on each Joycon, detecting hand movements and distance in fron of the controller, and will have an HD rumble feature to provide haptic feedback.

Aside from the console and Joycon functions, a related smartphone application will allow for chat, friend invites, parental controls, and other features, though the monthly fee is required to maintain full access to the app. Also announced was Splatoon 2, a follow up to the Wii U’s hit game Splatoon, and it is slated for Summer 2017. 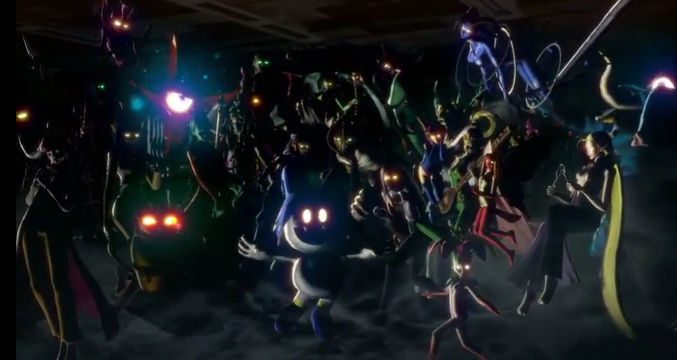 Of course, those looking forward to grabbing the Switch for a dose of The Legend of Zelda: Breath of the Wild will be pleased to know that the game is scheduled for release on the Switch’s launch day: March 3, 2017.

Pre-orders for the Nintendo Switch in Japan will begin on January 21.

Analysts say Nintendo’s Switch will be crucial for the company, which needs a hit product to offset the flagging fortunes of the Wii U and its handheld 3DS device, as rival Sony racks up huge sales of the PS4 – Sony has sold more than 50 million units globally since its debut in late 2013. – with reports from the Agence France-Presse/Rappler.com