Amazon’s new Alexa speaker has a screen too 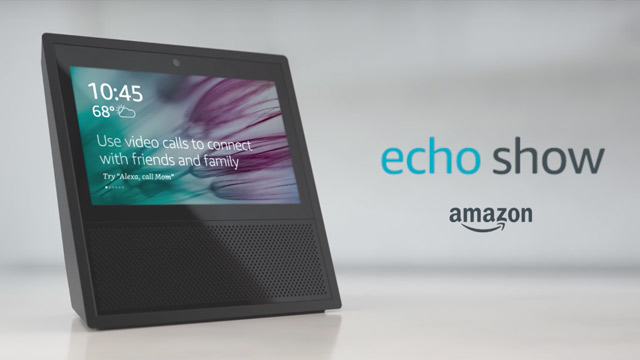 WASHINGTON, US – Amazon on Tuesday, May 9, unveiled the latest member of its family of devices powered by its Alexa digital assistant – this one with a touchscreen.

The new device called Echo Show steps up efforts by Amazon to be part of the connected home, and potentially create a market for a new kind of computing device.

The new device will be sold for $229 and ships starting June 28, according to Amazon’s website. It will include the features of its other Echo devices along with video shown on a seven-inch touchscreen.

Users will also be able to call or message others who also have an Echo or the Alexa application.

Amazon has dominated the category of connected speakers since 2014 when it introduced its first Echo, which responds to voice commands and allows users to order goods or rides and control connected appliances.

A survey released Monday by research firm eMarketer found Amazon’s Echo speakers held 70.6% of the US market, compared with 23.8% for Google Home and 5.6% for others including Lenovo, LG, Harman Kardon and Mattel.

The report said 35.6 million Americans will use a voice-activated assistant device at least once a month this year, a jump of 128.9% over last year.