Rage Art: Tekken 7 to launch in PH with a tournament 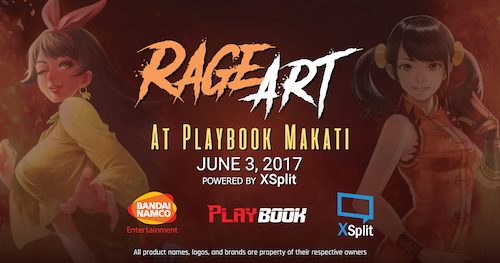 Facebook Twitter Copy URL
Copied
Tekken 7 will launch in the Philippines with a sponsored tournament, called Rage Art, on June 3

Bandai Namco’s popular fighting video game, Tekken 7, will launch in the Philippines with a tournament on June 3, 2017.

The tournament will have a double-elimination format, with players vying for 2 out 3 games for the bracket play and 3 out of 5 for the top 8.

As an official media partner, Rappler will also be streaming the event live on its Facebook page. You can also watch the tournament live via Twitch.

According to a press release, the event organizers aim to ‘shine a light on the local fighting game community. The Philippines was said to be one of the most underrated regions for the game, despite Filipino players like Alexandre ‘AK’ Lavarez reaching the Top 8 in international eSports tournaments such as King of Iron Fist 2013 and King of Iron Fist 2016.

“Many times I have been called upon by various regions all over the world who love fighting games, small and large… Upon my arrival to the Philippines I found myself observing many great players who fight with the strongest passion, for prize pools so small that I can clearly see they fought only for their pride,” says Team Spooky founder Victor Fontanez.

“With Rage Art, I hope that you too will come to love Philippines Tekken, and that it will be the beginning of a new age of eSports here,” he added.

For more information about the event, you may visit its official Facebook Event Page. – Rappler.com