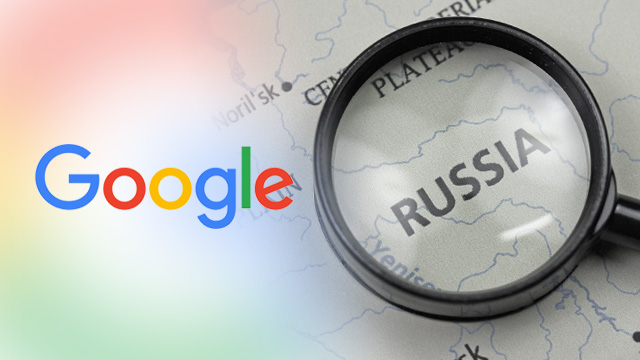 SAN FRANCISCO, USA – Google has found evidence its platforms were exploited by Russian operatives seeking to interfere in the 2016 US presidential election, The Washington Post reported on Monday.

Google, a unit of Alphabet, “found that tens of thousands of dollars were spent on ads by Russian agents who aimed to spread disinformation” across Google’s products, the newspaper wrote, citing people familiar with the company’s investigation.

The company told AFP that it has “a set of strict ads policies including limits on political ad targeting and prohibitions on targeting based on race and religion.”

Google is “taking a deeper look to investigate attempts to abuse our systems, working with researchers and other companies, and will provide assistance to ongoing inquiries,” it said.

Google had previously said it was not used in the alleged Russian campaign to steer the November US presidential election won by Donald Trump.

The Kremlin has denied that it tried to manipulate the US electoral process.

All three firms are expected to appear on November 1 in an open Senate Intelligence Committee hearing on the rising evidence that they were covertly manipulated in a campaign to help Donald Trump win the presidency.

US justice officials are also probing the alleged Russian involvement, and possible collusion by the Trump campaign.

Certain content on social media networks or search engines can be targeted to particular users according to their profile, location, or research history.

This can involve traditional advertising as well as sponsored publications or pages.

Facebook recently revealed that for just $100,000, apparent Russia-linked buyers placed about 3,000 advertisements on its pages last year that appeared aimed at influencing the election in which Trump defeated his Democratic rival Hillary Clinton.

Facebook has turned the details of those ads over to investigators.

Twitter, meanwhile, has been shown to be a dense thicket of easily faked accounts and news items that allowed alleged Russian operatives to pump out politically divisive and anti-Clinton tweets. – Rappler.com