Britain looks to regulate Facebook and Google as news publishers

Oct 11, 2017 5:08 PM PHT
Gelo Gonzales
Facebook Twitter Copy URL
Copied
The British government is looking at the role Google and Facebook play in the news environment and what they should be accountable for 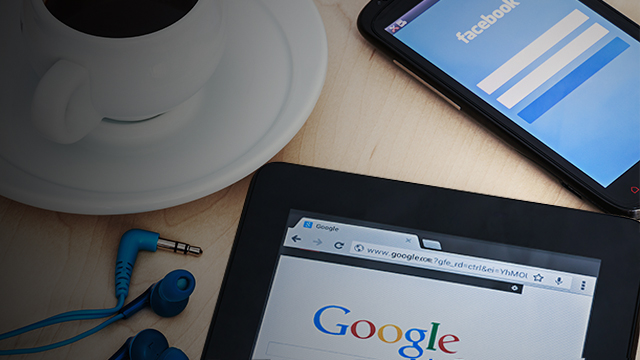 MANILA, Philippines – The debate on whether online platforms Google and Facebook should be treated more like a traditional media company heats up again as Britain proposes to regulate them as such.

A spokesman for Prime Minister Theresa May told Reuters on Tuesday, October 10, that the government was looking to take a close look at the two internet giants and the role they serve in the dissemination of news.

They are also assessing what the responsibilities of the companies should be, as well as the related legal status they should inhabit, given the platforms’ rise as a major source of news for the people.

“We are looking at the role Google and Facebook play in the news environment,” the spokesman said, adding that “as part of that work, we will look carefully at the roles, responsibility and legal status of the major internet platforms.”

A digital charter is being produced that will indicate how firms and individuals should behave online.

The article cited a study that found that 6.5 million British individuals or around 10% of the total population now get their news mainly from Facebook.

In the Philippines, a We Are Social report found that 58% of the population are active on social media, meaning a majority of the population tend to receive a good chunk of information on these online platforms.

Earlier, the chairman of Britain’s Office of Communications (Ofcom) Dame Patricia Hodgson said she also believes that Google and Facebook are both publishers.

“My personal view is that they are publishers but that is only my personal view, that is not an Ofcom view. As I said, Ofcom is simply concerned about the integrity of news and very supportive of the debate and the steps that are being taken,” Hodgson told The Guardian.

On the other hand, Ofcom chief executive Sharon White wasn’t entirely for regulation but would like to see the platforms do more to clean things up. “I don’t think it’s a question of regulation, which I think has a fuzzy boundary with censorship, but I think we feel strongly that the platforms ought to be doing more to ensure their content can be trusted,” she said.

That said, both Facebook and Google have recently shown that they have some initiatives aimed at the eradication of misleading information and news on their respective platforms.

A landmark British ruling towards regulation like a traditional media company would, in general, increase the pressure on the two online giants to act even faster and be more accountable for the information going across their digital borders. – Rappler.com