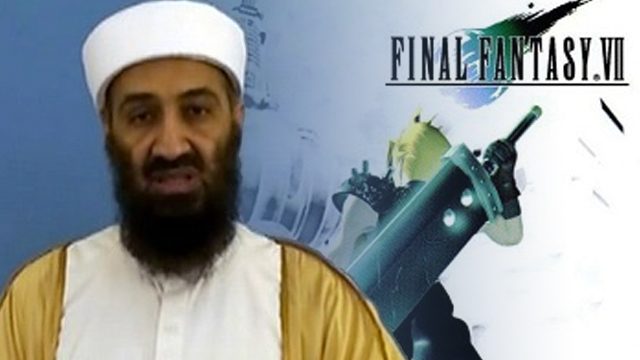 The files – or at least the file names themselves – offer a look into what Bin Laden’s fighters may have been downloading or doing in their idle hours.

While CIA director Mike Pompeo said the release of the files would allow those checking them out “to gain further insights into the plans and workings of this terrorist organization,” the files themselves may not have been personally downloaded or accessed by Bin Laden himself.

The Verge posted a link to the CIA archive, but at the moment, accessing the link leads to an error page that says “The Abbottabad files are temporarily unavailable pending resolution of a technical issue. We are working to make the material available again as soon as possible,” before it redirects to the main CIA website.

A CIA press release said the documents released to date include Bin Laden’s personal journal and over 18,000 document files, as well as operating system files.

There were also 79,000 audio and image files, including practice reels for public speeches, audio correspondence, and imagery gathered or generated by Al Qaeda for various uses.

Additionally, 10,000 video files – include a video of Hamza Bin Laden as a young adult, Al Qaeda “home videos,” jihadist propaganda, and draft videos or statements by Osama Bin Laden – also made up a portion of the digital artifacts found.

The CIA also said they withheld copyrighted material from the released documents.

Among the titles included in the copyrighted material were movies and games, including Antz, Batman: Gotham Knight, and Final Fantasy VII – though in the case of the latter, it was unclear if this referred to the game, the anime, or the CG movie.

The Verge added that someone appeared to have installed Zuma Deluxe and Sniper Elite: Nazi Zombie Army 2.

Apparently somebody in the Bin Laden compound was a fan of Zuma Deluxe and Sniper Elite: Nazi Zombie Army 2, per Google file name searches. pic.twitter.com/wfhloXjmw8

The amount of files made available may take some time to sift through. Though making scholarly assessments of the Al Qaeda-related files will likely become more available in time, the cursory glance at the files names of the items provided by the CIA point to the same craving everyone has when not faced with mortal peril: finding a way to stave off boredom. – Rappler.com