Rumors of Snapchat shutting down by ‘end of 2017’ debunked 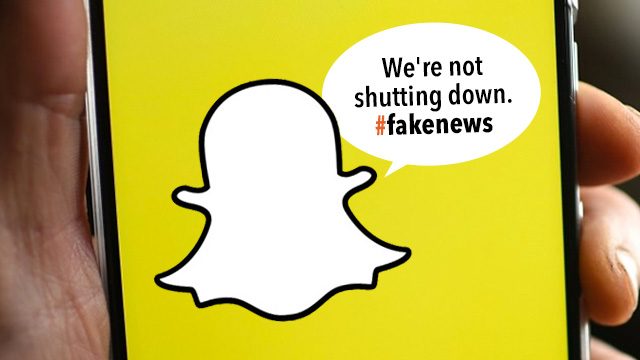 MANILA, Philippines – While it’s true that Snapchat did “vanish” for about 4 hours as it experienced intermittent outages on Tuesday, November 7, what’s not true is that it’s permanently shutting down.

In November, an anonymous user put up an article on the website channel45news.com, claiming that Snapchat CEO Evan Spiegel was shutting down the app on November 14, 2017. The headline read, “Snapchat will be shutting down by the end of 2017”.

Soon, the story spread on social media, just like most online stories designed to be shocking. The fact-checking site Snopes.com later caught wind of the article, which it then debunked on its site: Snapchat is not shutting down.

Snopes explained that channel45news.com is a “prank news generator,” and noted that, as is the nature of many social media users, not a lot clicked on the link which would have clued them in on the nature of the site. Here’s a screenshot of the viral article: 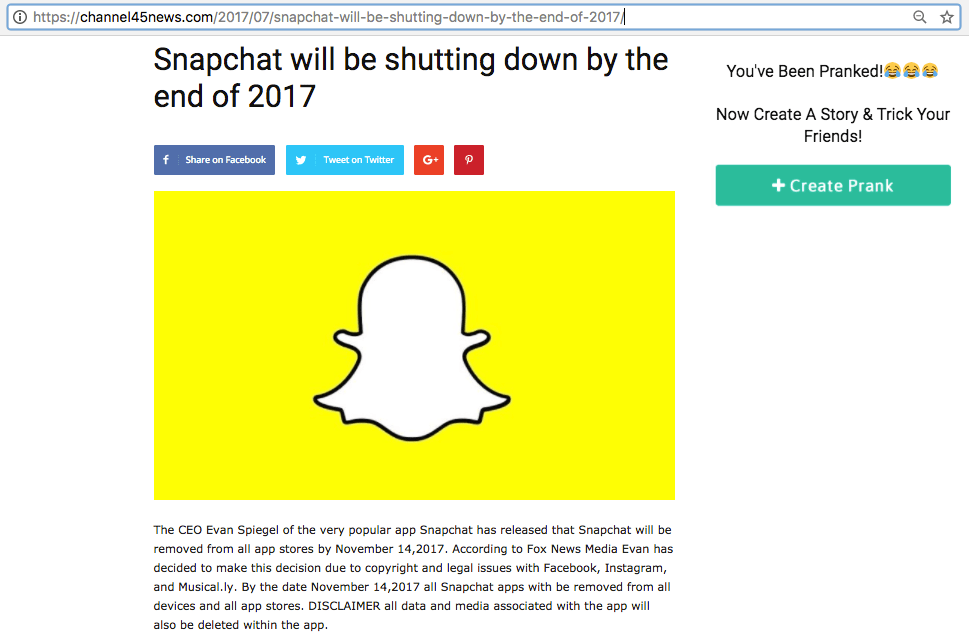 “Channel45News.com is a prank news generator, one of a group of sites that creates a convincing-looking story to entice people to click so that they can see that they fell for an elaborate online joke (and generate some advertising revenue for the site as well, of course),” Snopes said.

The website also listed some other sites that offer the dubious service:

We're not shutting down. #fakenews https://t.co/9apoTU8fXa

The rumors apparently got so bad that it coaxed CEO Evan Spiegel out of his Twitter hiatus, personally responding to a few inquiries:

Nope. Not shutting down