Nov 16, 2017 5:40 PM PHT
Victor Barreiro Jr.
Facebook Twitter Copy URL
Copied
Twitter takes out the verification badges of at least 4 white supremacist or alt-right accounts, and says it is reviewing its system of giving out the badges 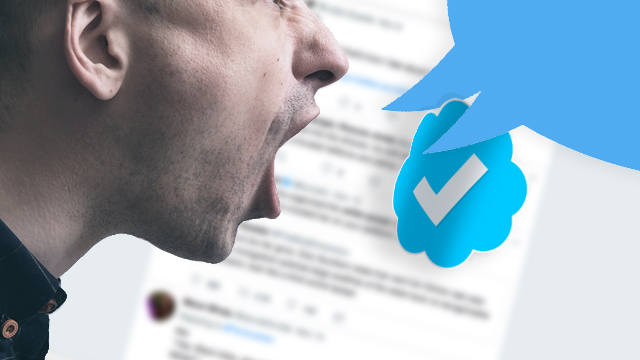 MANILA, Philippines – Twitter announced on Thursday, November 16, that it is reviewing the behavior of Twitter users with verified accounts, and removing the verification badges from users deemed to have broken the rules on the social media service.

Twitter said verification badges have been perceived as an endorsement of specific users.

The company explained, “We gave verified accounts visual prominence on the service which deepened this perception,” and the perception “became worse when we opened up verification for public submissions and verified people who we in no way endorse.”

5 / We are conducting an initial review of verified accounts and will remove verification from accounts whose behavior does not fall within these new guidelines. We will continue to review and take action as we work towards a new program we are proud of.

While the company works on improving its verification badge system, it is taking steps to remedy the perception problem. Twitter is removing badges from white supremacists and members of the alt-right.

The Verge reported that at least 4 personalities lost their verified badges earlier. These were:

Meanwhile, Tim Gionet, who tweeted under the alt-right name Baked Alaska, was banned from the service.

The verification support page on Twitter states that it reserves the right to remove a user’s verification at any time without notice.

Verification can be removed for “promoting hate and/or violence against, or directly attacking or threatening other people on the basis of race, ethnicity, national origin, sexual orientation, gender, gender identity, religious affiliation, age, disability, or disease” or for “supporting organizations or individuals that promote the above.”

The users who lost their verification did not take the development well, calling the removal of their badges a form of censorship.

Twitter has changed their verification policy just to be able to censor me. Several other accounts were unverified including Richard Spencer and James Allsup while Baked Alaska was permanently suspended altogether. pic.twitter.com/PO1QnJC2C6

Twitter just emailed me to tell me they are removing my "verified badge" because they claim my account "doesn't comply with Twitter's guidelines for verified accounts."