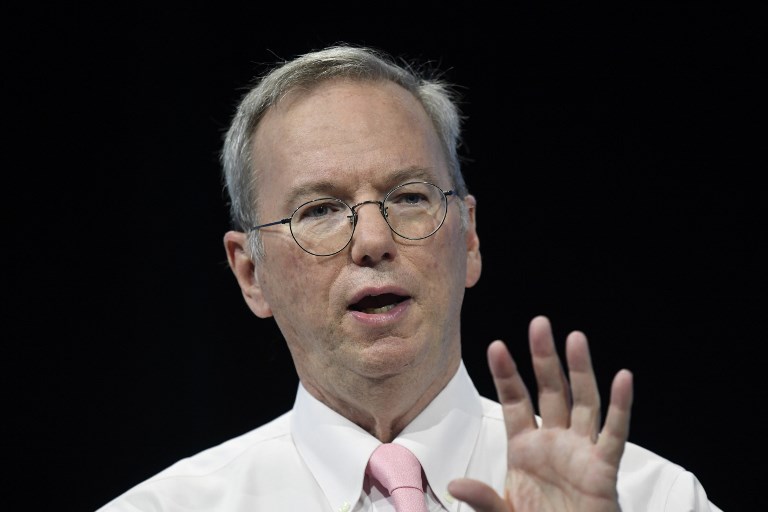 SAN FRANCISCO, USA – Google’s parent company Alphabet on Thursday announced that Eric Schmidt will step down as chairman, remaining on the board but shifting into a role as a technical advisor.

“In recent years, I’ve been spending a lot of my time on science and technology issues, and philanthropy, and I plan to expand that work,” Schmidt said in a release.

Schmidt’s stint as executive chairman is to end at a regularly-scheduled board meeting next month, according to Alphabet.

Google founders Larry Page and Sergey Brin recruited the proven businessman and skilled software engineer as chief executive in 2001, bringing a mature hand to the helm of the then three-year-old internet search company.

Schmidt, Page, and Brin were considered a power triumvirate in control of Google. Page replaced Schmidt as chief executive a decade later, but Schmidt remained at the head of the board of directors.

“Eric has provided us with business and engineering expertise and a clear vision about the future of technology,” Alphabet chief Page said in a release.

“Continuing his 17 years of service to the company, he’ll now be helping us as a technical advisor on science and technology issues.”

About two years ago, Google unveiled a surprise corporate overhaul, forming a new parent company dubbed Alphabet to include Internet search and a handful of independent companies.

Sundar Pichai was promoted to chief of Google.

Eric Schmidt went from being executive chairman at Google to having the same role at Alphabet.

“Larry, Sergey, Sundar and I all believe that the time is right in Alphabet’s evolution for this transition,” Schmidt said.

“The Alphabet structure is working well, and Google and the Other Bets are thriving.” – Rappler.com