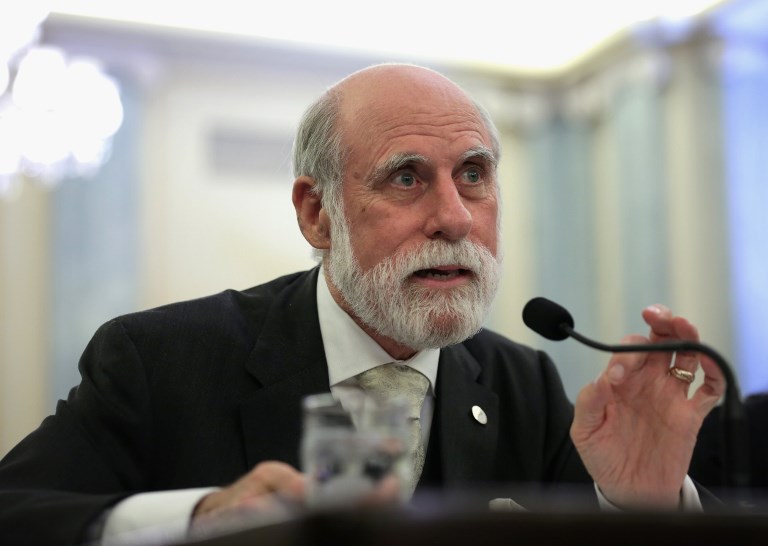 GENEVA, Switzerland – Google’s vice president Vint Cerf voiced concern Thursday about a US move to roll back “net neutrality” rules for internet access, and vowed to be on the lookout for any “serious side effects”. (READ: Net neutrality and why you should care about it)

Cerf, considered one of the fathers of the internet, also said he believed that the decision to overturn the rules requiring internet providers to treat all traffic equally was not the last word in the matter.

Several lawsuits are expected to try to block the change, and a political shift in Washington could also lead to a reinstatement of the rules, Cerf told journalists on the sidelines of an annual conference on internet governance in Geneva.

“I don’t know yet what is likely to happen,” he said, “but if the neutrality rules are never reinstated, then the speculation is that consumer interests will be harmed.”

The US Federal Communications Commission adopted this month a proposal by its Republican-appointed chairman Ajit Pai to scrap rules adopted in 2015, which he said were “heavy handed” and discouraged investment and innovation.

Critics say that without the rules, broadband providers could change how the internet works by possibly blocking or throttling services or websites for competitive reasons.

Cerf said that one “extreme example” of what could happen without the rules is an internet that resembles “cable television, where… services vary depending upon ability to pay.”

While such a scenario was “pure speculation,” he said, “in the absence of those rules in place, many of us, including me, will be very vigilant to watch whether there are any serious side effects.”

Cerf, who co-invented the protocols used online, also addressed the current bitcoin bonanza, warning that the appetite for the volatile virtual currency, whose value has skyrocketed, “bears some similarity” to the Dutch “tulip craze” in the 17th century.

Before that bubble burst in 1637, exotic tulips were considered the ultimate luxury accessory and status symbol, with people mortgaging houses and selling businesses just to buy a bulb.

Cerf also cautioned that the “blockchain” technology that underpins cryptocurrencies was not optimal in areas where there is a very high rate of transactions.

“It certainly does not have the character of a system for keeping track of… billions of transactions a day,” he said.

“Blockchain is not a solution to everything, and it is certainly not pixie dust that you sprinkle on something and suddenly it causes a miracle,” he said, though he acknowledged it is “a potentially useful technology for some things.”

Despite being a high-ranking Google executive, Cerf is not as enamoured with technology as one might expect.

During Thursday’s press conference, he scribbled notes on paper, acknowledging that “for me, this is like a plug-in extra memory.”

A few years ago, he sounded the alarm over the danger that all the documents and images saved on digital devices might one day become unreadable, plunging the world into a “digital Dark Age”.

“I am still very worried about digital preservation,” he said Thursday.

Pointing to the old floppy disks full of data in his basement, he warned that when you save information digitally, there is no guarantee that there will be readers or the software needed to retrieve it in the future.

“If our world is increasingly manifesting in digital form, and if we want our descendants to know something about our world, we are going to have to figure out how to make sure the digital information is still retrievable and understandable.” – Rappler.com