Mar 23, 2018 8:05 AM PHT
Rappler.com
Facebook Twitter Copy URL
Copied
With pressure ratcheting up on the 33-year-old CEO over a scandal that has wiped some $60 billion off Facebook's value, the initial response suggests his promise of self-regulation has failed to convince 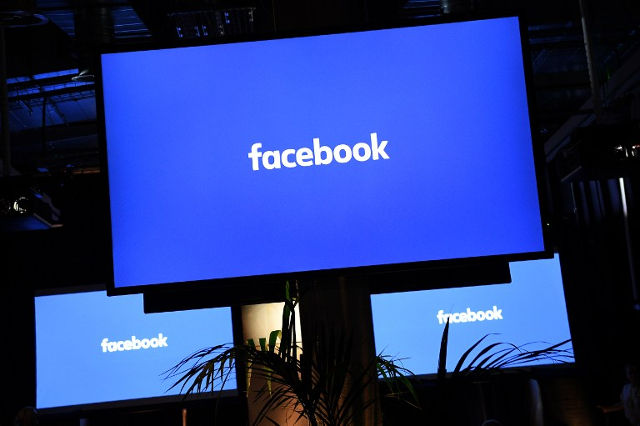 SAN FRANCISCO, USA – A public apology by Facebook chief Mark Zuckerberg failed Thursday, March 22, to quell outrage over the hijacking of personal data from millions of people, as critics demanded that the social media giant go much further to protect user privacy.

Speaking out for the first time about the harvesting of Facebook user data by a British firm linked to Donald Trump’s 2016 campaign, Zuckerberg admitted Wednesday, March 21, to betraying the trust of its two billion users, and promised to “step up.”

Vowing to stop data leaking to outside developers and to give users more control over their information, Zuckerberg also said he was ready to testify before US lawmakers – which a powerful congressional committee promptly asked him to do.

With pressure ratcheting up on the 33-year-old CEO over a scandal that has wiped some $60 billion off Facebook’s value, the initial response suggested his promise of self-regulation had failed to convince.

“It shouldn’t be for a company to decide what is the appropriate balance between privacy and innovation and use of data,” he said.

“The big tech companies need to abide by the law and we are strengthening the law.”

In Brussels, European leaders were sending the same message as they prepared to push for tougher safeguards on personal data online, while Israel became the latest country to launch an investigation into Facebook.

The data scandal erupted at the weekend when a whistleblower revealed that British consultant Cambridge Analytica (CA) had created psychological profiles on 50 million Facebook users via a personality prediction app, developed by a researcher named Aleksandr Kogan.

The app was downloaded by 270,000 people, but also scooped up their friends’ data without consent – as was possible under Facebook’s rules at the time.

Facebook says it discovered last week that Cambridge Analytica may not have deleted the data as it certified – although the British firm denies wrongdoing.

“This was a major breach of trust and I’m really sorry that this happened,” Zuckerberg said in an interview with CNN, after publishing a blog post outlining his response to the scandal.

“Our responsibility now is to make sure this doesn’t happen again.”

With Facebook already under fire for allowing fake news to proliferate during the US election, Zuckerberg also said “we need to make sure that we up our game” ahead of midterm Congressional elections in November, in which American officials have warned Russia can be expected to meddle as it did two years ago.

Cambridge Analytica has maintained it did not use Facebook data in the Trump campaign, but its now-suspended CEO boasted in secret recordings that his company was deeply involved in the race.

And US special counsel Robert Mueller, who is investigating Russian interference in the 2016 presidential race, is reportedly looking into the consultant’s role in the Trump effort.

Zuckerberg’s apology followed a days-long stream of damaging accusations against the world’s biggest social network, which now faces probes on both sides of the Atlantic.

In Washington on Thursday, leaders of the House Energy and Commerce Committee urged Zuckerberg to testify without delay, saying a briefing a day earlier by Facebook officials had left “many questions” unanswered.

“We believe, as CEO of Facebook, he is the right witness to provide answers to the American people,” said a statement from the panel, calling for a hearing “in the near future.”

America’s Federal Trade Commission is reportedly investigating Facebook over the scandal, while Britain’s information commissioner is seeking to determine whether it did enough to secure its data.

On Thursday, Israel’s privacy protection agency said it had informed Facebook of a probe into the Cambridge Analytica revelations, and was looking into “the possibility of other infringements of the privacy law regarding Israelis.”

Meanwhile, EU leaders were due to press digital giants “to guarantee transparent practices and full protection of citizens’ privacy and personal data,” according to a draft summit statement obtained by Agence France-Presse.

A movement to quit the social network has already gathered momentum – with the co-founder of the WhatsApp messaging service among those vowing to #deletefacebook – while a handful of lawsuits risk turning into class actions in a costly distraction for the company.

World Wide Web inventor Tim Berners-Lee described it as a “serious moment for the web’s future”.

“I can imagine Mark Zuckerberg is devastated that his creation has been abused and misused,” tweeted the British scientist.

“I would say to him: You can fix it. It won’t be easy but if companies work with governments, activists, academics and web users we can make sure platforms serve humanity.” – Rappler.com