Mar 27, 2018 11:14 PM PHT
Agence France-Presse
Facebook Twitter Copy URL
Copied
Zuckerberg instead offers to send one of his deputies as the US company comes under new pressure from the EU to disclose more details about how up to 50 million users' data are alleged to have been taken from Facebook and used in political campaigns 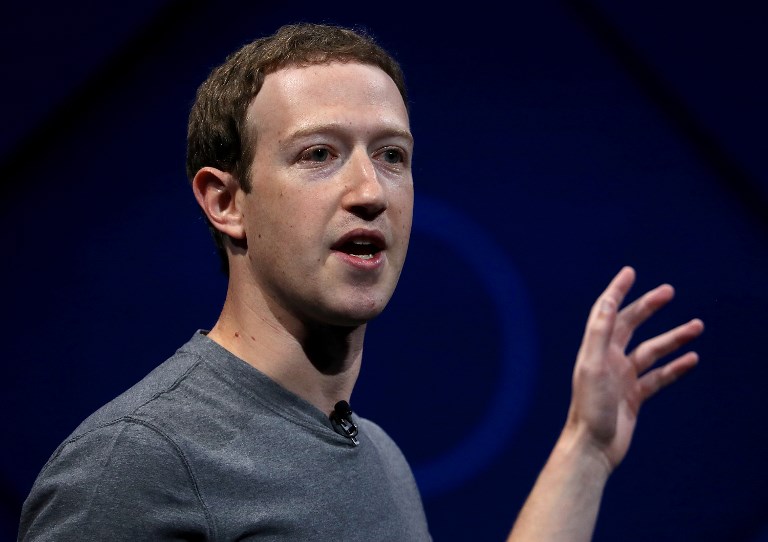 LONDON, United Kingdom – Facebook chief Mark Zuckerberg on Tuesday, March 27, turned down a request by British lawmakers to appear before them to respond to concerns about data privacy as the European Union set a deadline for the US social media giant to respond to its own questions.

Zuckerberg instead offered to send one of his deputies as the US company comes under new pressure from the EU to disclose more details about how up to 50 million users’ data are alleged to have been taken from Facebook and used in political campaigns.

In a letter to the British parliament’s digital, culture and media committee, Rebecca Stimson, head of public policy for Facebook UK, said the company “fully recognizes the level of public and parliamentary interest in these issues”.

But committee chair Damian Collins renewed his demand to interview Zuckerberg saying the seriousness of the allegations meant it was “appropriate” for the tech tycoon to offer an explanation himself, whether in person or via video-link.

In the letter published by the British committee on Tuesday, Facebook offered to send chief technology office Mike Schroepfer or chief product officer Chris Cox to London next month to provide answers.

“We’d be very happy to invite Mr Cox to give evidence. However, we would still like to hear from Mr Zuckerberg as well,” Collins said at the start of a committee hearing on Tuesday.

“We will seek to clarify with Facebook whether he is available to give evidence or not, because that wasn’t clear from our correspondence.

“And if he is available to give evidence, then we would be happy to do that either in person or via video link if that would be more convenient for him.”

The EU meanwhile has given the social media giant two weeks to answer its own queries over the scandal, which has heavily hit Facebook’s share price and raised major questions over how social media companies use private data.

She also asked whether stricter rules were needed for companies like Facebook as exist for traditional media, and whether it would change its approach on transparency toward users and regulators.

“Have any data of EU citizens been affected by the recent scandal?” Jourova wrote, adding: “If this is the case, how do you intend to inform the authorities and users about it?”

European Parliament chief Antonio Tajani has also invited Zuckerberg to address the body about its concerns.

Facebook insists it did not know the data taken from its site were being used by a British company, Cambridge Analytica, which worked on US President Donald Trump’s election campaign among others.

However, its rules at the time allowed an app developed by an academic researcher, which was downloaded by an estimated 270,000 people, to take information from millions of their friends.

Facebook has placed ads in British, German and US newspapers in recent days to apologise for the scandal.

Zuckerberg explained there was a quiz developed by a university researcher “that leaked Facebook data of millions of people in 2014”.

“This was a breach of trust, and I’m sorry we didn’t do more at the time. We’re now taking steps to make sure this doesn’t happen again,” he said in the ads.

In Facebook’s letter on Tuesday, Stimson revealed that the tech giant was working with regulators around the world to assess how many people in each country were affected.

“We can now confirm that around one percent of the global downloads of the app came from users in the EU, including the UK,” she wrote.

The company is struggling to contain the growing crisis amid investigations by lawmakers in Europe and the United States.

US consumer protection agency, the Federal Trade Commission, on Monday confirmed it had opened an investigation into whether Facebook mishandled private data or violated a 2011 agreement which settled an earlier probe – Rappler.com