Apr 11, 2018 4:49 AM PHT
Agence France-Presse
Facebook Twitter Copy URL
Copied
'If you and other social media companies do not get your act in order, none of us are going to have any privacy anymore,' US Senator Bill Nelson tells the Facebook CEO in his first-ever US Congressional appearance 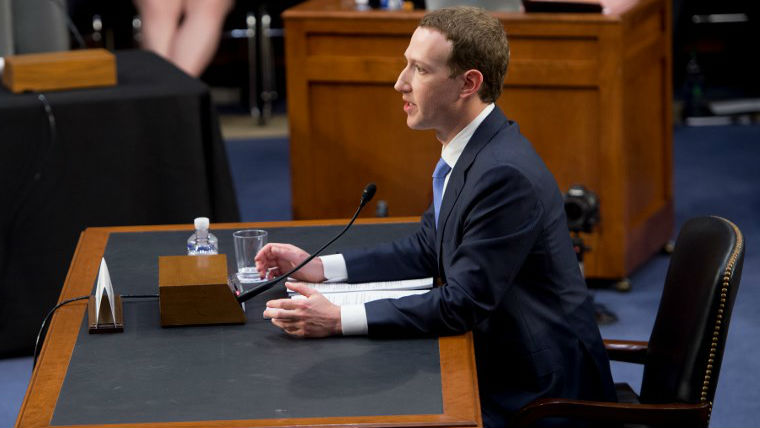 WASHINGTON, USA – Facebook chief Mark Zuckerberg apologized to US lawmakers Tuesday for the leak of personal data on tens of millions of users as he faced a day of reckoning before a Congress mulling regulation of the global social media giant.

In his first-ever US congressional appearance, the Facebook founder and chief executive sought to quell the storm over privacy and security lapses at the social network that have angered lawmakers and Facebook’s two billion users.

Swappping his customary tee-shirt for a business suit and tie, Zuckerberg faced tough questions over how a US-British political research firm, Cambridge Analytica, plundered detailed personal data on 87 million users to be used in the 2016 US presidential election.

Facebook also became the platform of choice for a stunning Russian campaign of online misinformation that US intelligence says was designed to tilt the 2016 vote toward Donald Trump.

“It was my mistake, and I’m sorry,” Zuckerberg said in prepared testimony. “I started Facebook, I run it, and I’m responsible for what happens here.”

“It’s clear now that we didn’t do enough to prevent these tools from being used for harm,” he said. “That goes for fake news, foreign interference in elections, and hate speech, as well as developers and data privacy.”

Lawmakers questioned whether the election meddling and poor controls on personal data requires the government to step in to regulate Facebook and other social media companies which generate revenue from user data.

“The tech industry has an obligation to respond to widespread and growing concerns over data privacy and security and to restore the public trust. The status quo no longer works,” said Senator Chuck Grassley, chair of one of the committees holding the hearing.

“Congress must determine if and how we need to strengthen privacy standards to ensure transparency and understanding for the billions of consumers who utilize these products.”

“You have a real opportunity this afternoon to lead the industry and demonstrate a meaningful commitment to protecting individual privacy,” Democratic Senator Diane Feinstein told Zuckerberg at the rare joint committee hearing, to be followed by a similar hearing in the House of Representatives on Wednesday.

Dozens of protestors gathered outside Congress before the hearing wearing Zuckerberg masks and #DeleteFacebook T-shirts.

Inside the jammed hearing room, activists from the Code Pink group wore oversized glasses with the words “STOP SPYING” written on the lenses, and waved signs that read “Stop corporate lying.”

Testifying was a new step forward for the 33-year-old Zuckerberg, who started Facebook as a Harvard dropout in 2004, and built it into the world’s largest social media company worth $470 billion.

In the past he has left it to top lieutenants to answer questions from legislators.

But after the largest scandal yet for Facebook, Zuckerberg has seen it as imperative to speak out himself and try to prevent the company from bogging down in questions about its core business model, which is to share user data with advertisers.

The lawmakers delivered plenty of warnings that Zuckerberg needs to take action – though they were thin on concrete proposals.

Zuckerberg called Facebook “an idealistic and optimistic company” and said, “We focused on all the good that connecting people can bring.”

But he acknowledged that “it’s clear now that we didn’t do enough to prevent these tools from being used for harm as well. That goes for fake news, foreign interference in elections, and hate speech, as well as developers and data privacy.”

Zuckerberg added: “I want to be clear about what our priority is: protecting our community is more important than maximizing our profit.”

The Facebook CEO recounted a list of steps aimed at averting improper use of data by third parties like Cambridge Analytica, and noted that other applications were being investigated to determine if they did anything wrong.

On Friday, Facebook sought to allay concerns over political manipulation of its platform by announcing support for the “Honest Ads Act” that requires election ad buyers to be identified, and to go further by verifying who sponsors ads on key public policy issues.

Zuckerberg vowed to “hire thousands of more people” to get the new system in place ahead of US midterm elections in November, starting the process in the United States and taking it global in the coming months. – Rappler.com