Apr 13, 2018 2:45 PM PHT
Agence France-Presse
Facebook Twitter Copy URL
Copied
Facebook admits up to 2.7 million people in the EU may have been affected by the scandal 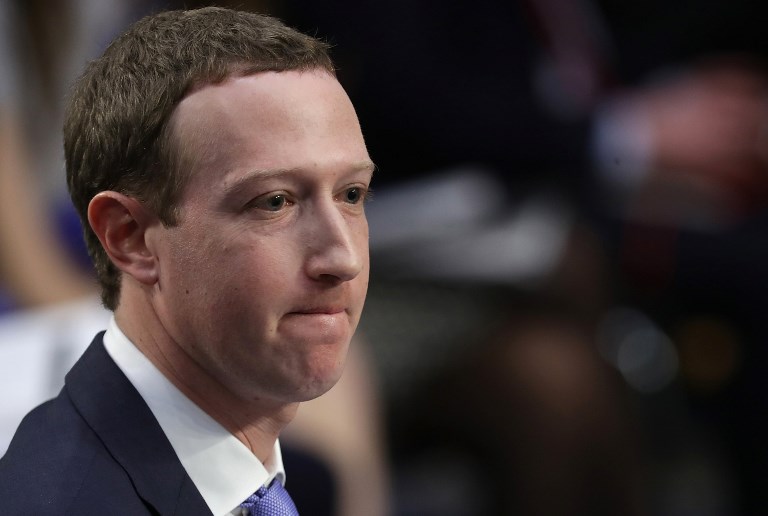 BRUSSELS, Belgium – The European Commission on Thursday, April 12, called on Facebook to “cooperate fully” with investigators into the scandal over the harvesting of personal data of millions of users which were then shared with the British political consultancy, Cambridge Analytica.

Facebook has admitted up to 2.7 million people in the EU may have been caught in the scandal.

And last week the EU had said that its justice commissioner, Vera Jourova, would hold phone talks with Facebook’s chief operating officer Sheryl Sandberg to discuss what the company is doing to address the breach, which may have affected 87 million people around the world.

Confirming that a telephone conversation took place earlier on Thursday, Jourova said that she “urged Facebook to fully cooperate with the European investigators, also on the highest level from the company.”

The discussion with Sandberg had been “constructive and open,” Jourova said.

“I have asked a number of questions on the Cambrige Analytica case. Of my particular concern is the information to European citizens affected by the scandal.”

She had been told that Facebook had started to inform people “this week,” the commissioner continued.

“I urged Facebook to take all the necessary steps to mitigate any potential negative consequences for the users in the future. I was informed that Facebook is planning an extensive audit on all those apps, but that it will take a long time,” Jourova said.

And she said she had advised that Facebook chief, Mark Zuckerberg, “should accept the invitation to the European Parliament.”

The scandal comes amid growing concern in Europe about the use online companies make of their customers’ personal data and the spread of “fake news” on the web.

There are also particular worries about Russian meddling in European elections by spreading disinformation and discord through social media.

Jourova said that she and Sandberg had “also discussed the broader issue on the impact on democratic processes and future elections.”

Sandberg had informed her “that Facebook is working on improving transparency on political advertising and showed openness to cooperate with EU regulators on all these issues,” Jourova said. – Rappler.com