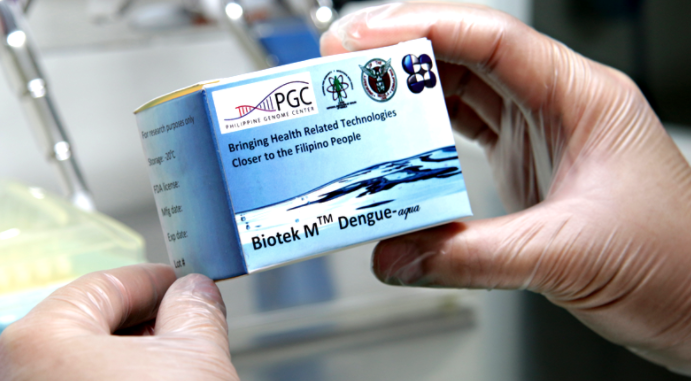 MANILA, Philippines – Two Filipino inventions made quite a mark in the 46th International Exhibition of Inventions Geneva (Geneva Inventions) in Switzerland held from April 11 to 15: the Portable Smart Surface System and Biotek-M Dengue Aqua Kit.

Each won a gold medal in the highly-prestigious competition, while Smart Surface also came home with a “Jury Distinction” to boot.

The Smart Surface, an electronic sensor, is “a system that converts virtually any flat surface into an interactive interface” which then can be used “to enhance the learning…by offering interactive learning environments that increase learning effectiveness through participation,” explains the Department of Science and Technology (DOST).

The DOST through its Technology Application and Promotion Institute (TAPI), headed by director Edgar Garcia, brought and presented the two inventions in Geneva, along with a third Philippine entry that did not get recognition.

On the other hand, UP Manila’s Institute of Molecular Biology and Biotechnology of the National Institute of Health (IMBB-NIH) developed Biotek-M, which is said to be a confirmatory test for use in detecting the presence of dengue infection inside an hour or less in hospitals and stand-alone chain laboratories.

“Biotek-M poses opportunities to early detection of the disease especially in the marginalized communities where dengue cases are most often reported,” says a report in the DOST website.

Coincidentally, the Biotek-M receives the recognition at an interesting time as the scandal involving the dengue vaccine, Dengvaxia, continues to rage on in the country. (READ: Dengvaxia death? Parents sue Duque for obstruction of justice) 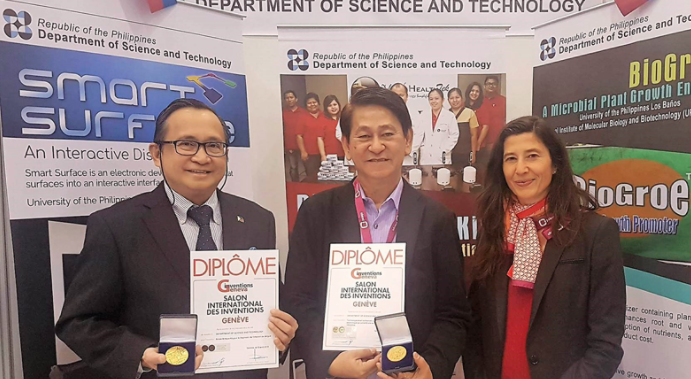 DOST Secretary Fortunato de la Peña lauded the two inventions for the recognition they earned as he cited the new technologies as examples of making good use of research and development (R&D) being supported by the department.

“We are thankful that we are being supported by the national leadership,” he said at the 3rd National R&D Conference held on April 20 at the Philippine International Convention Center (PICC), Pasay City.

The Geneva Inventions bills itself as “the biggest international event dedicated to feature the newest creations worldwide.” Also serving as a marketplace for licenses for industrialists, distributors, and financial experts, Geneva Inventions receives support from the Swiss government and the World Intellectual Property Organization (WIPO).

There were 22 categories in the competition, with the Philippines joining in 3 categories: agriculture, health, and information communications technology. The five-day exhibition was attended by 822 exhibitors, displaying a thousand inventions, from 40 countries in Asia, Europe, and the Middle East.

To continue the development of the two winning projects, TAPI chief Garcia said his agency through its Technology Innovation for Commercialization (Technicom) program will assist Smart Surface with P4,997,635.20, including help in protecting their intellectual property (IP). For Biotek-M, TAPI through its venture financing will secure funds amounting to P6 million in support of its commercialization.

With the DOST helping in the commercialization, much is hoped for in the viability of the two projects. – Rappler.com