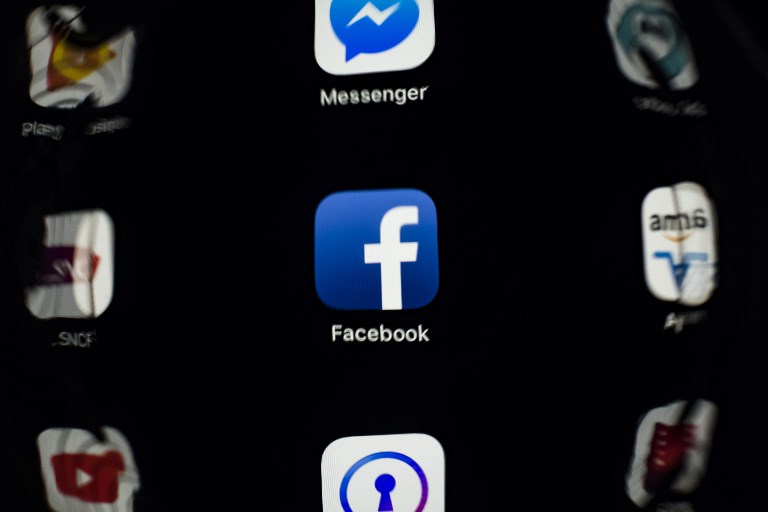 MANILA, Philippines – Facebook has proven to be quite bulletproof so far after reporting strong growth for the first quarter of 2018 despite March’s data privacy scandal.

The company reported profits of $5 billion – a growth of 68% compared to the same period last year – which led to positive stock performance after its earnings report.

Along with the dollar earnings, Facebook also showed consistent growth in users, attracting another 67 million monthly active users (MAUs) compared to the previous quarter for a current total of 2.196 billion MAUs. 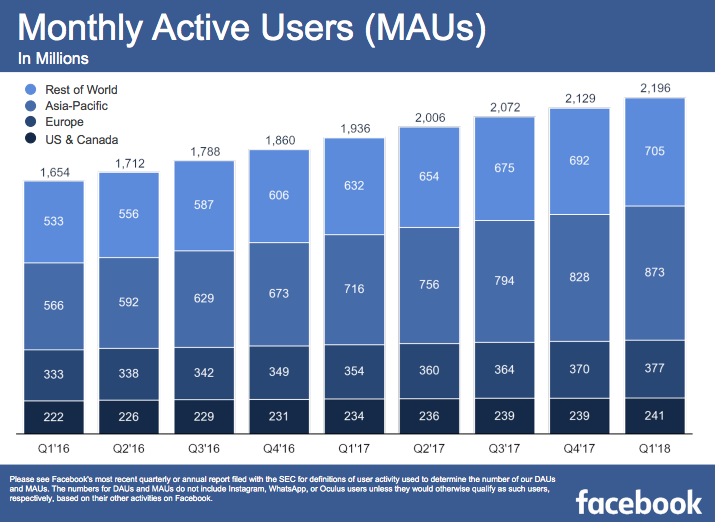 The number of daily active users (DAUs) increased by 48 million, from 1.401 billion to 1.449 billion total, quarter-over-quarter. 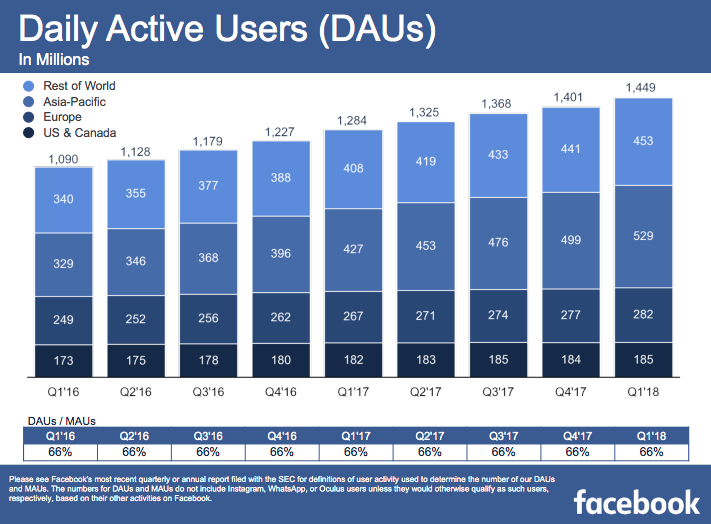 Facebook’s user growth is even more impressive considering that a #DeleteFacebook movement gained some traction after news of the scandal broke. Some high-profile entities that erased their Facebook presence were Elon Musk’s Tesla, SpaceX, SolarCity, and Hyperloop; and Playboy. Beyond these deletions, however, the traction that the movement gained wasn’t quite enough to put a dent on Facebook’s 2-billion-plus-strong user base.

“Facebook is so large that it would take a lot of user defections to make a difference,” eMarketer principal analyst Debra Aho Williamson said in a recent report.

An Agence France-Presse report, however, says that it might be too early to see the effects of the scandal on the user base, considering that it happened in mid-March, just around 2 weeks before the quarter ended.

Facebook can let out a sigh of relief, but some analysts point out that Facebook will have to be careful in the next few months if they are to truly clear the storm.

In the US and Canada, Facebook also stopped the decline in DAUs that happened from Q3 2017 to Q4 2017, a drop from 185 million users to 184 million – the first time a decline ever happened in any market. This quarter, the number returned to 185 million.