MANILA, Philippines – Facebook at its annual developers conference, F8, made several key announcements about its products and new features that users will be able to expect in the coming months.

Facebook CEO Mark Zuckerberg opened the conference with a keynote speech, and kicked off the event by joking about how tough the year had been, indirectly referring to recent controversies such as the Russian election interference scandal and the Cambridge Analytica data privacy scandal.

But while Zuckerberg talked on stage in a very jovial mood, the chief executive began the keynote by addressing the elephant in the room: the serious issues that had been plaguing the platform. The optimistic Mark Zuckerberg said that they will “continue to build tools” but that they “need to make sure these powerful tools are build for good.” 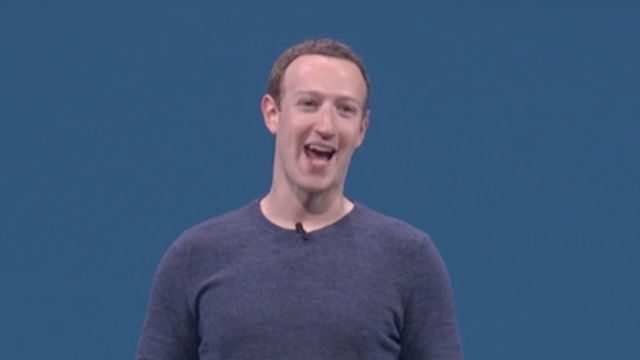 “Some use it for harm, hate speech, [actions leading to] data privacy issues, and election interference,” Zuckerberg said. But he also said that they remain idealistic as they want to keep “connecting people,” the mission that he says the company set out to do when it was conceived in 2004.

Zuckerberg said there’s “no guarantee they could do it right,” but that they’d continue to build because they want to keep moving the world towards a connected, communal world and no one would do it if they’d don’t. The sentiment appears to be in line with a mantra that remains associated with Facebook: move fast and break things. 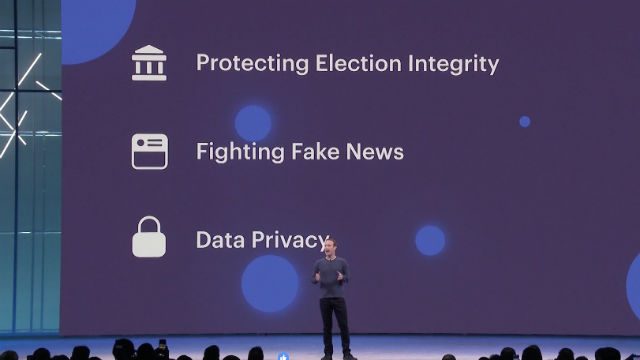 Zuckerberg said Russian election interference had been effective because they were “slow” to react to it, and they had been on the lookout for more traditional hacking schemes. He said that they’ve adjusted to it, and that ways such as an ad transparency tool, which shows who is sponsoring an ad, as well as their bolstering of their content moderation team to 20,000 members shoud help.

On fake news, Zuckerberg enumerated the 3 types they’ve identified: spam, fake accounts, and hoaxes. For spam and hoaxes, he reiterated that they’ll be taking down ads being served on sites that host spam and hoax content, and build more tools to remove financial incentive.

He promised that they’ll continue to find bad actors that propagate fake accounts – some of which are backed by nation-states – and that they’ll fight using AI tools, and the aforementioned content moderators. Zuckerberg called their most recent scandal, the data privacy issue, a “major breach of trust” and promised to “make sure this never happens again.” He announced the 5 ways they’re providing better data security this year: 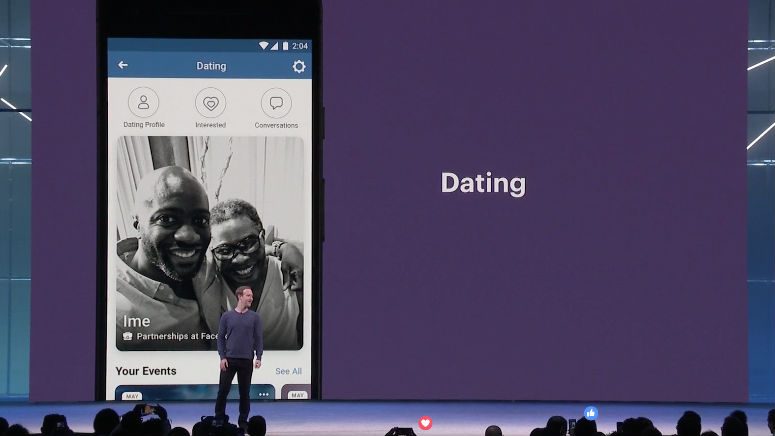 People will be able to build their dating profile, separate from their main profile. Friends will also not be suggested as potential dating partner, as the dating profile will not be made visible to friends. It will only be visible only to people who are on the dating service too and aren’t your friends.

One intriguing way that Facebook will match people up is with an events page where people can “unlock” events. Should they choose to unlock, they’ll be shown other people who had also unlocked the event, and will be allowed to send them a message. Messaging on the dating service is separate from Facebook Messenger, and will be text only for safety purposes.

Eliciting excitement from the audience too was the announcement of the availability of Facebook’s Oculus Go, a $200 VR device that Zuckerberg touts as one of the most affordable ways to experience VR now.

They also showed a VR demo of a living room where users are able to access certain personal content on Facebook in VR form. The crowd grew raucous as Zuckerberg announced that attendees of the event will be getting a free Oculus Go. 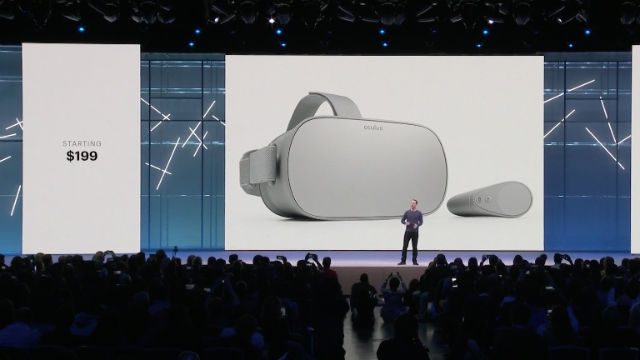 For Instagram, one of the major developments is the future ability to directly post a song page from Spotify directly to Instagram Stories as opposed to taking a screenshot of the song, and uploading it on Stories.

For Facebook videos, users will soon be able to use “Watch Party,” which allows a user to create a viewing party for a certain video by inviting other friends. The leader of the Watch Party is also able to take a video of herself while commentating on the video that is being played. Facebook group administrators will also soon be able to put a “Join Group” button on their websites and emails.

As for the feed, Facebook’s chief product officer, Chris Cox announced that they’ll be prioritizing publishers that are trusted on the feed along with content from close friends that are “informative and local.” Cox also said that they’ll be making it easier for people to see more information about a publisher.

A Reddit-like downvote button will also be rolled out soon, which will allow users to either vote a comment up or down depending on how they perceive a comment’s quality. In addition to its safety check feature, Facebook will also be hosting a blood matching service that will help connect blood donors to those in need.

Facebook’s F8 runs from May 2 to 3, Philippine time. A second keynote will be delivered on May 3, 1 am. – Rappler.com