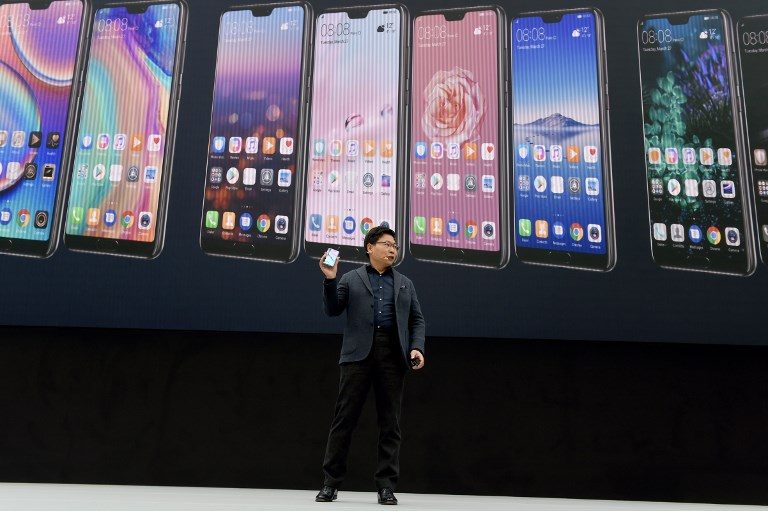 SAN FRANCISCO, USA – After a decade of sizzling growth, the smartphone market has suddenly cooled.

Surveys show smartphone sales last year shrank slightly for the first time since the 2007 debut of the iPhone, and preliminary data this year suggests further deceleration.

Analysts say several factors have hit the smartphone market including the lack of new features that wow consumers, people holding their devices longer, and the saturation of key markets including China, which had been driving growth. (READ: 10 predictions for smartphones this 2018)

“The market has peaked, that is the bottom line,” said Bob O’Donnell, analyst and consultant with Technalysis Research.

The smartphone market began to hit saturation in 2016 much the way the tablet and personal computer markets did years earlier.

“It doesn’t mean it is not a strong market – it is a huge market – but it means vendors have to think differently,” O’Donnell told Agence France-Presse.

Smartphone sellers with slices of the market should no longer count on a fast-growing pie and instead rely on shrewd competitive moves to ramp up revenues, according to analysts.

Samsung remains the market leader, according to surveys, but its lead over Apple has slipped.

China’s Huawei is holding the number 3 spot and rival Chinese maker Xiaomi has been growing rapidly despite the lack of a US presence.

IDC expects another decline in 2018 before a rebound from new phones for 5G networks and India’s vibrant market.

The “biggest driver” of the downturn last year was said by IDC and others to be the China market.

IDC forecast that the smartphone market in China would flatten out next year, while sales in India were expected to continue to boom on low-priced handsets.

“China remains the focal point for many given that it consumes roughly 30% of the world’s smartphones,” IDC analyst Ryan Reith said.

A catalyst for a smartphone rebound may be the arrival next year of devices tailored for ultrafast 5G telecommunications networks, according to IDC.

For now, the sector appears sluggish.

“The waning smartphone demand is due to a slowdown in developed markets where replacement cycles are lengthening with overall smartphone features and design reaching its peak,” said Counterpoint analyst Tarun Pathak.

Handsets powered by Google-backed Android mobile were expected to continue to dominate the smartphone market, with a share of about 85% remaining relatively stable during the coming 5 years.

“There is no question that Android is the OS (operating system) of choice for the mass market and nothing leads us to believe this will change,” IDC said in its forecast.

While smartphone shipments will ebb this year, the average selling price will rise more than 10% to $345 and remain on an upward trend, said IDC research manager Anthony Scarsella.

“This year will continue to focus on the ultrahigh-end segment of the market as we expect a surge of premium flagship devices to launch in developed markets,” Scarsella said.

As economies improve in countries around the world, more people can afford to switch to premium models.

Premium smartphones, however, will be under pressure to show they are worth the price paid to upgrade from budget-friendly models, according to analysts.

Apple has weathered the market slump better than its rivals but remains under pressure to impress consumers after introducing its iPhone X priced at $1,000 and up.

“With its exclusive focus on premium smartphones, Apple needs to significantly raise the overall experience of its next-generation iPhones to trigger replacements and lead to solid growth in the near future,” Gartner research director Anshul Gupta said.

Apple could unveil some of its strategy at its developers conference opening Monday, June 4, in California.

But some analysts warn that Apple is not thinking ahead to how consumers will interact with technology beyond the smartphone.

ABI Research analyst David McQueen said in a December report that Apple is lagging rivals like Google and Amazon in developing new kinds of devices and that Apple will be a “follower” in the “post-smartphone era.”

“This next wave of innovation in the smart device ecosystem will be led by Google and Amazon, as their apparent strength in major growth sectors, notably computer science, allows for a more flexible approach to next-generation user experiences,” said McQueen. – Rappler.com