Intel CEO Krzanich resigns after revelation of relationship with employee 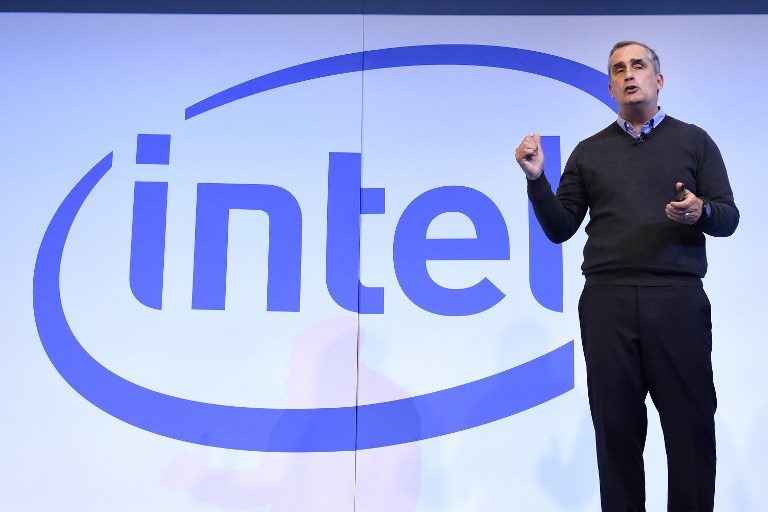 NEW YORK, USA – Intel chief executive Brian Krzanich has resigned over a “past consensual relationship” with an employee that violated a company non-fraternization policy, the technology company announced Thursday, June 21, US time.

“Given the expectation that all employees will respect Intel’s values and adhere to the company’s code of conduct, the board has accepted Mr. Krzanich’s resignation,” the company said.

A spokesman for the company, a leader in data storage, declined to provide additional details about the employee involved, citing privacy concerns.

Chief Financial Officer Bob Swan will serve as interim chief executive while the company searches for a replacement.

The company said it had “a robust succession planning process in place” and was looking both internally and externally for candidates. The company has also retained an executive search firm to help locate candidates.

Intel Chairman Andy Bryant praised Swan’s “ability to lead the company as we conduct a robust search for our next CEO.”

As the chip business connected to traditional personal computers has declined, Intel has shifted to a “data-centric” business oriented around cloud computing and data centers.

Cowen analysts said in a note that Krzanich’s departure left a particularly large void given the exits of several other seasoned executives since 2015.

“Obviously a seat like Intel CEO will attract many external candidates but this seems a particularly tough time for additional leadership/culture churn at Intel,” they said in the Cowen note.

Krzanich, 58, joined Intel in 1982 and rose through the ranks to serve as chief operating officer before being tapped as CEO in 2013.

Intel’s policy on non-fraternization bars managers from having romantic relationships with direct or indirect subordinates, according to a person familiar with the policy.

Based on the details released by Intel, Krzanich’s departure bears resemblance to those of former Priceline chief Darren Huston, who also exited in 2016 after a personal relationship with an employee that violated the company’s code of conduct.

Other examples include former Best Buy chief executive Brian Dunn, who left following an “inappropriate relationship” with a younger female employee and ex-Lululemon Athletica chief Laurent Potdevin, who resigned in February over poor conduct that likewise reportedly included a relationship with a female subordinate.

Several big companies have also been roiled by sexual misconduct and harassment scandals amid the #MeToo movement, which has led to high-profile departures in entertainment and politics.

However, Intel characterized Krzanich’s relationship as “consensual.” Cases such as those of former casino mogul Stephen Wynn and former Hollywood giant Harvey Weinstein involved serial alleged sexual harassment and violence from men accused of using their power to coerce women into sexual relationships.

The company’s announcement on Krzanich’s departure was coupled with projections for second-quarter revenue of about $16.9 billion and earnings of 99 cents per share. Both were well above analyst expectations.

“Intel’s transformation to a data-centric company is well under way and our team is producing great products, excellent growth and outstanding financial results,” Swan said. “I look forward to Intel continuing to win in the marketplace.”