Jun 27, 2018 1:45 PM PHT
Rappler.com
Facebook Twitter Copy URL
Copied
The tests lay some of the groundwork for future 5G networks in the Philippines 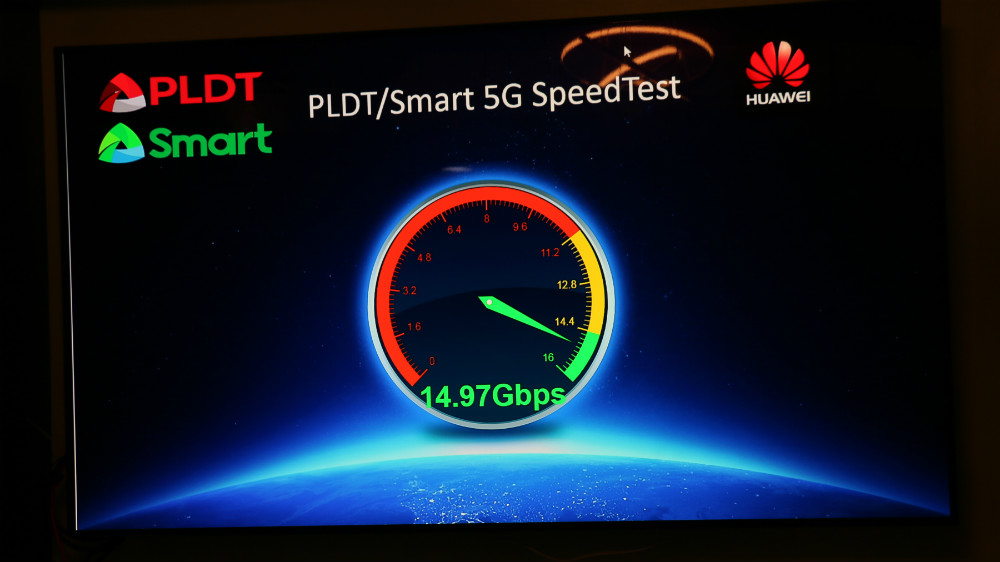 MANILA, Philippines – Telecommunications company Smart reports having reached speeds of up to 14.97 Gbps in their latest series of 5G tests being conducted in preparation for their future 5G networks.

5G is the successor to 4G or LTE networks currently in use today. 5G is much faster and offers quicker communication between devices than its predecessor, allowing it to enable future technologies reliant on seamless data connections.

Smart reached the speeds at their new 5G research facility called the 5G Technolab, launched in early June, where the first round of tests netted speeds of 6.5 Gbps. The telco has declared their desire for a “5G-ready” network by 2020.

Global commercial roll-outs for 5G are projected for 2020, with the first countries being able to do so expected to enjoy economic advantages.

Smart, in a press release, also touted the speeds from the most recent tests were achieved using 5G New Radio technology, which is a new kind of air interface between mobile device and base station, and known as a step-up from current 4G air interface technologies. (READ: Globe’s first 5G-enabled services available by Q2 2019)

The development of Smart’s 5G network ties in with their current roll-out of 4G sites. “As we continue to ramp up the roll-out of LTE, LTE-Advanced and carrier aggregation technology nationwide, we are also making sure that these equipment are already future-proof and 5G-capable,” says Mario Tamayo, PLDT and Smart senior vice president for network planning and engineering.

Prior to the Technolab tests, Smart posted speeds of 2.5 Gbps in 2016 when it formally began 5G testing, first with Finland’s Nokia as technology partner, and later on, with China’s Huawei. – Rappler.com