Have I Been Pwned service gets baked into Firefox, 1Password

Jun 26, 2018 6:14 PM PHT
Rappler.com
Facebook Twitter Copy URL
Copied
The team-ups between Have I Been Pwned and Firefox and 1Password aim to expand the reach of the service, which is changing mindsets regarding password management and security 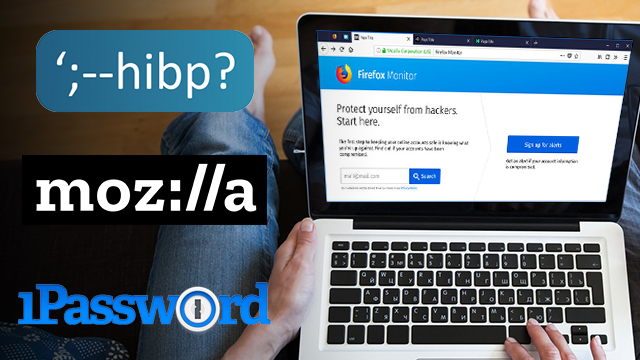 MANILA, Philippines – Troy Hunt, the man behind data breach notification service I Have Been Pwned (HIBP), announced on Tuesday, June 26, that HIBP would be baked into password management software 1Password and the Mozilla Firefox browser to expand the reach of the service.

Hunt said on his blog that his subscriber base, which reached over two million, was currently  “a tiny, tiny drop in the ocean.”

“Of the 5.1 billion records that are in HIBP today, there’s 3.1B unique email addresses. I’m reaching 0.06% of them via the notification service and not a whole lot more in terms of people coming to the site and doing an ad hoc search (usually 100k – 200k people a day),” Hunt added. The number of people using the service and learning about insecure passwords may very well increase thanks to the tie-ups.

On Firefox, HIBP will be baked into a new service on the browser called Firefox Monitor.

The announcement from Mozilla added: “Visitors to the Firefox Monitor website will be able to check (by entering an email address) to see if their accounts were included in known data breaches, with details on sites and other sources of breaches and the types of personal data exposed in each breach. The site will offer recommendations on what to do in the case of a data breach, and how to help secure all accounts. We are also considering a service to notify people when new breaches include their personal data.”

Firefox Monitor will begin testing next week, with invites to approximately 250,000 mainly US-based users to be given out to try out Firefox Monitor.

On 1Password, meanwhile, a similar service has been set-up, allowing users to search HIBP from within 1Password through the Watchtower feature in the web version of the product.

1Password will also feature a Breach Report, which tells users which sites or services have an account with your email address on it, and which has been identified as having been compromised but is lacking information on 1Password.

1Password will then tell you to change your password for that service or inform you if you’ve already taken the necessary steps in relation to a particular breach.