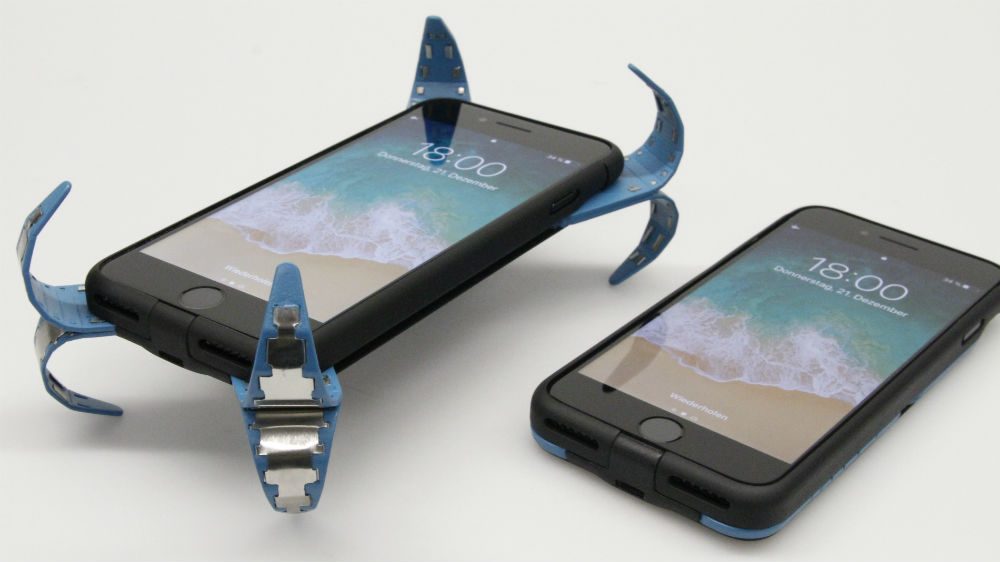 MANILA, Philippines – People drop their mobile phones all the time. This is why phonemakers spend millions of dollars on research and development that supposedly improve your phone’s durability. So far, however, no test or material has fully protected phones from breaking when dropped.

The problem gave one German engineering student the idea to invent a “mobile airbag” that could possibly save you from expensive repair costs and replacement parts.

Philip Frenzel, a student from Aalen University in Germany, created a case with metal prongs that automatically spring open when it’s dropped. Like a conventional airbag, the case breaks the phone’s fall and absorbs a lot of the impact, preventing damage.

Here’s a demo video of it in action:

German-language publication, Preview Online said that Frenzel won an award from the German Mechatronics Society for his invention. He has patented the idea and is expecting to launch a Kickstarter campaign by next month to hopefully get the case out to the public. – Rappler.com