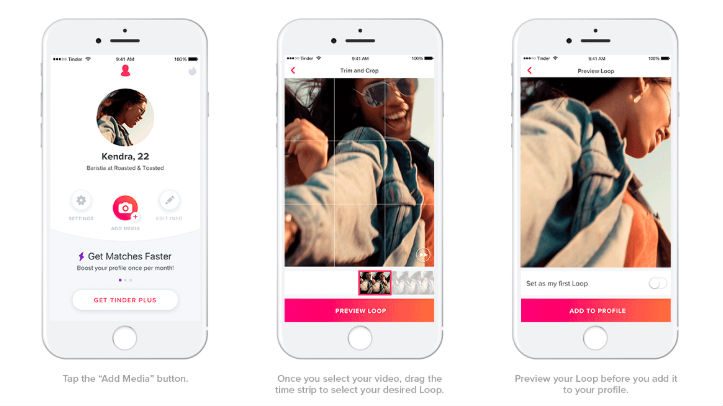 MANILA, Philippines – Tired of static pictures on your Tinder profile? The dating app has you covered, Casanova. Tinder is rolling out an update that lets users put moving GIFs on their profile gallery in addition to regular photos.

The GIFs will be limited to two seconds, which the user can edit in the app itself.  The new feature is officially called “Loops,” an update which also comes with the option of adding 3 more photos to one’s profile gallery, bringing the total to 9.

To put a GIF, a user needs to press the “add media” button on the home screen, select a video, and then select the two-second portion to be used as a GIF.

Currently, the update is only available for iOS users, and will first be available in the countries below, according to The Verge: