Google says it fired 48 for sexual harassment over 2 years

Oct 26, 2018 8:48 AM PHT
Agence France-Presse
Facebook Twitter Copy URL
Copied
Google releases an email sent to employees from Sundar Pichai saying 48 people had been terminated for sexual harassment in the past two years, including 13 who were senior managers and above and that none received 'an exit package' 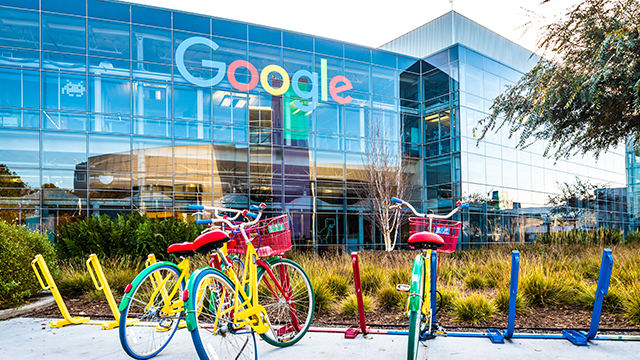 SAN FRANCISCO, USA – Google said on Thursday, October 25, it had fired 48 employees in the past two years – including 13 senior executives – as a result of sexual harassment allegations, citing “an increasingly hard line” on inappropriate conduct.

The US tech giant issued the statement from chief executive Sundar Pichai in response to a New York Times report that one senior Google employee, Android creator Andy Rubin, received an exit package worth $90 million as he faced allegations of misconduct, and that Google had covered up other claims of sexual harassment.

Asked by AFP and other media for its reaction, Google released an email sent to employees from Pichai stating that 48 people had been terminated for sexual harassment in the past two years, including 13 who were senior managers and above and that none received “an exit package.”

“In recent years, we’ve made a number of changes, including taking an increasingly hard line on inappropriate conduct by people in positions of authority,” Pichai said.

He added that the report on Rubin and others was “difficult to read” but he did not directly address the claims in the article.

“We are dead serious about making sure we provide a safe and inclusive workplace,” he said. “We want to assure you that we review every single complaint about sexual harassment or inappropriate conduct, we investigate and we take action.”

Sam Singer, a spokesman for Rubin, rejected the allegations against him in a statement to AFP, saying Rubin left Google of his own accord to launch venture capital firm and technology incubator Playground.

Rubin went on to found smartphone company Essential. The Android operating system, which Google makes available to device makers free of charge, powers about 85% of the world’s smartphones.

The New York Times cited court documents and interviews while reporting that Rubin was one of three senior executives that Google has shielded in the past decade after complaints of inappropriate sexual behavior.

The Times cited two unnamed Google executives as saying that then-chief executive Larry Page asked for Rubin’s resignation after the company confirmed a complaint by a woman about a sexual encounter in a hotel in 2013.

The latest revelation is certain to add to the growing chorus of voices denouncing sexist culture echoing through male-dominated Silicon Valley, which has knocked a number of internet industry executives at other tech giants from their perches.

Accusations concerning the lack of women in tech jobs and unfair or crude treatment endured by some in the industry have simmered for years, occasionally boiling over.

Before Kalanick’s departure, Uber said it had fired 20 people after examining 215 claims of discrimination, harassment, unprofessional behavior and bullying.

The renewed spotlight on the tech sector came as Google’s parent company Alphabet reported its third-quarter profit rose 36% to $9.2 billion, fueled by gains in digital advertising delivered online and on smartphones.

Profits were better than expected for the technology giant, while revenues fell short of forecasts, rising 21% to $33.7 billion in the 3 months ending in September, compared with the same period a year earlier.

The mixed results came with Google also under scrutiny along with other tech firms for its privacy and data protection policies.

“Our business continues to have strong momentum globally, led by mobile search and our many products that help billions of people every day,” said chief financial officer Ruth Porat.

In after-hours trade following the report, Alphabet shares slid 3.4% to $1,066 on apparent disappointment with revenue growth.

The vast majority of revenue for Alphabet came from Google and more than $28 billion came from digital advertising, where it leads the market. – Rappler.com