Oct 26, 2018 2:05 PM PHT
Gelo Gonzales
Facebook Twitter Copy URL
Copied
The back slides up to reveal the front cameras, a design choice that allowed Xiaomi to increase the screen-to-body ratio to 93.4% 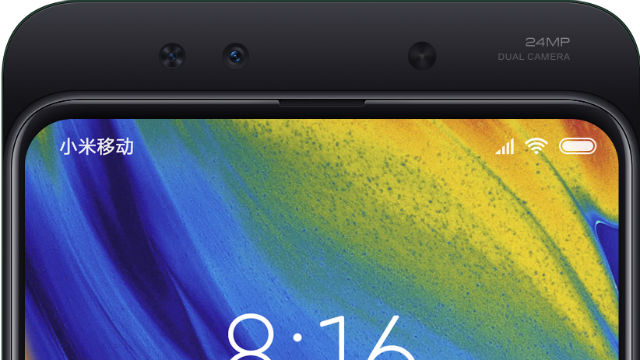 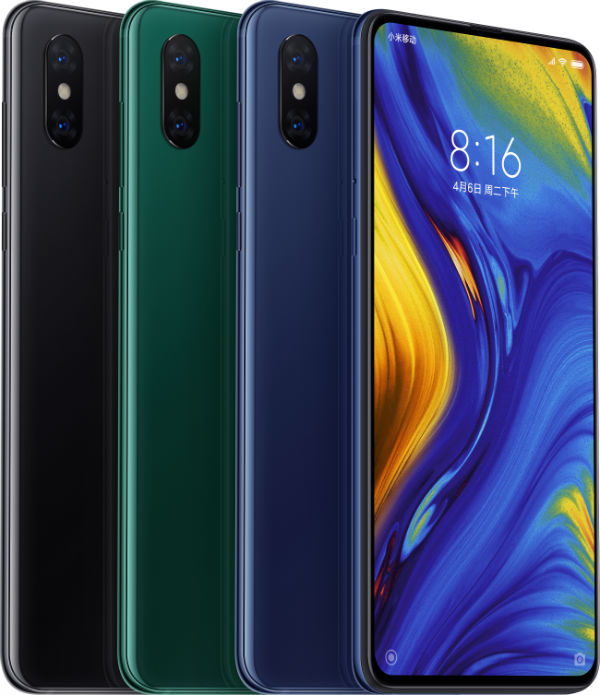 The AMOLED display marks the first time that the series will be using an OLED display, known to be crisper than traditional LCDs. The 10GB of RAM is a milestone too, and is still very rare in phones, with a variant of the OPPO Find X known to be one which carries such an amount.

The most impressive part of the Mi MIX 3’s design is the body’s sliding mechanism. The back of the phone slides up to reveal the 2 front cameras. The design isn’t to stoke nostalgia for an older era of phones; the design has practical reasons. It eliminates the need for the notch, housing the front cameras in phones going for the all-screen look. With the novel solution, Xiaomi creates a phone that’s mostly all-screen up front without any notch. Sliding mechanisms have been used in phones before, but Xiaomi is replying it as a solution to a new problem. 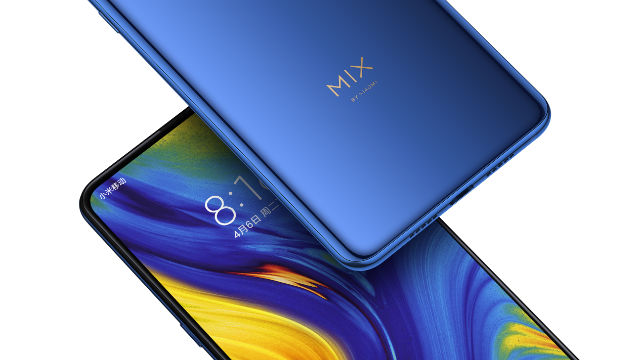 OPPO and Vivo took a swing at the notch problem too by having motorized pop-up cameras with their Find X and NEX phones, respectively. Xiaomi’s is different in that the Mi MIX 3’s pop-up action is completely manual. Theoretically, this means less motorized parts that could break.

The Mi MIX 3 achieves a staggering 93.4% screen-to-body (STB)  ratio, thanks in part to the sliding solution. Contemporaries such as the Huawei Mate 20 has an 88% STB ratio, the Find X and NEX has an 86% STB ratio while the iPhone XS Max is at 84%. Basically, this means that the Xiaomi gets closer than ever before to a literally bezel-free unit.

For cameras, it has a 12-megapixel (MP) wide-angle and a 12MP telephoto camera on the back, and on the front, a dual-camera setup featuring a 24MP main shooter and a 2MP one for depth sensing. The Mi MIX 3 scored highly on DxoMark ratings. Its photo capablities scored 108, which is higher than the Huawei P20 and the Samsung Galaxy Note 9’s 107 but lower than the Huawei P20 Pro’s 114 and the the iPhone Xs Max’s 110. Combining video and photo scores, the Mi MIX 3 has a score of 103, the same as the Note 9 and the HTC U12+.

The phone also has face unlock, fingerprint unlock, a ceramic back which allows for wireless charging, and a 3,200 mAh battery.

At the launch event, Xiaomi CEO Lei Jun, also announced that the company expects shipment of its smartphones to exceed 100 million units by the end of October, 2018, successfully reaching the full-year target set at its global core suppliers conference on September 13, 2017, 2 months ahead of schedule. Xiaomi shipped 90 million units in 2017.

The phone was launched at the Forbidden City in China, an important historical landmark in the country, on Thursday, October 25. – Rappler.com