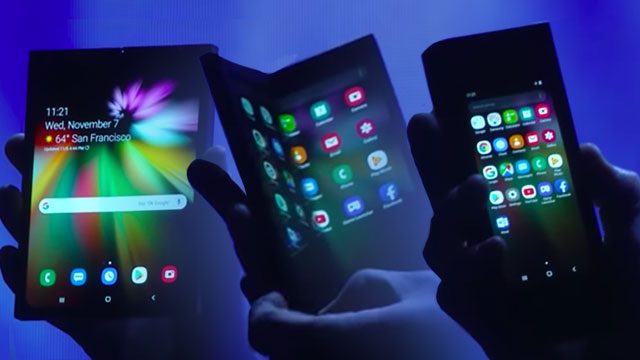 Facebook Twitter Copy URL
Copied
The device will be called the Galaxy F, according to South Korea's Yonhap News Agency

According to a report from Yonhap News Agency in South Korea, the device will be called the Galaxy F.

The company is expected to show off more of the foldable device in the upcoming Mobile World Congress ahead of its official launch.

While Samsung has yet to price the device, the report cites industry sources that say it will cost as much as US $1,770.

The report adds that Samsung CEO DJ Koh wants to ship a million units of the device next year.

Samsung last week revealed that the long-awaited foldable smartphone sports a 7.4-inch screen when unfolded and a 4.6-inch screen when folded. It, however, will not support 5G networks, according to the report. – Rappler.com