Jan 24, 2019 4:12 PM PHT
Gelo Gonzales
Facebook Twitter Copy URL
Copied
(UPDATED) Facebook says they've learned a lot from 2016 elections in the Philippines and since then they've worked with many partners to understand what happened then and what they can do to protect integrity in the upcoming May polls 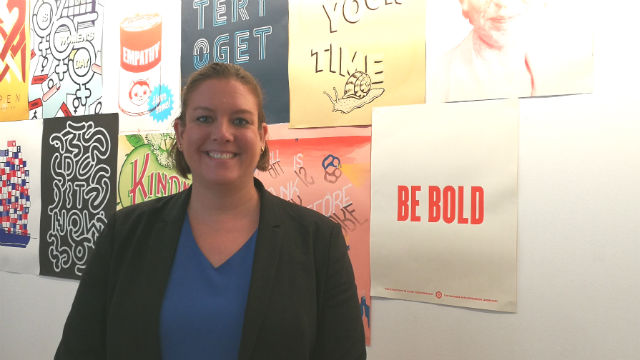 MANILA, Philippines (UPDATED) – “Elections in the Philippines are a top priority for the company,” said Facebook’s Katie Harbath, the company’s lead in election-related efforts around the world.

“We are investing, and have teams from everywhere in the company that are working on this from all across the world. We have experts and people from the Philippines that speak Tagalog, but also people who are experts in terrorism and cybersecurity, and many other types of issues that we may face that we will be deploying in all of these elections,” she said at a Facebook briefing in Manila, Thursday, January 24.

The briefing was meant to show Facebook’s current strategies in “protecting election integrity” around the world, including the Philippines and its upcoming May polls. The targets, Harbath discusses, are the usual suspects: fake accounts, false news, bad actors, the possible digital knowledge gaps of the users, and insufficient transparency.

These are the things that Facebook says they have addressed in recent elections such as those in the US, Pakistan, Mexico, Brazil, and Sweden – and will be keeping a very close eye on in the lead-up to the Philippine elections.

Harbath says they have been preparing for the Philippine elections since last year, “identifying potential risks that we might see and making sure that we’re bringing the right teams together.” Harbath says they can tap on what they call “cross-functional teams” with varied expertise on topics such as hate speech, cultural context, and fake news, depending on what an election in a country might call for.

They have “40-plus teams” in the company they can pull from, along with the 30,000-strong content moderation army and partnerships with 3rd-party civil society groups and news organizations.

“We need to be prepared for anything that might be happening on the platform. And that is what we’re setting up with these teams and with our elections work,” she said.

Facebook, in a press statement, also announced that is working closely with the Commission on Elections as well as civil society organizations to monitor bad actors on the platform.

The company said it will be conducting trainings on online safety for field officers, and looking for ways to best use the platform in terms of sharing election updates and encouraging voter turnout.

COMELEC spokesperson James Jimenez said, “We recognize how Facebook levels the playing field not only for candidates, but also for voters who can access more information about leaders and if needed, make leaders more accountable to their constituents.”

Facebook’s electoral “war room” made the headlines in late 2018, with some seeing it as Facebook taking election issues as seriously as it needs to be, and others seeing it as a stunt.

Harbath assures it’s of a functional nature. Deployed for the US and Brazil elections, Harbath said that the goal of the room – it is literally a conference room where all the crucial personnel coordinate efforts – was to “help in the final weeks in the election to bring everyone together in one room to help further speed up the decision-making process.”

She notes that aside from the war room in Menlo Park — their main headquarters – they were also videoconferencing with their local teams around the globe.

Harbath says they have “nothing to share just yet” on whether their Philippine election efforts would involve a similar set-up.

“We have a couple new challenges we have to think through. For instance: time zones. Brazil and US were much easier because they were in the same time zones. Now, with so many elections in this region, we need to be thinking about where we need to physically have people, in addition to those satellite rooms. We’ll share more information when we have it but it’s all under consideration,” Harbath said.

Harbath promised: “We’re taking our responsibility seriously and our role that we play in protecting the integrity of the Philippine elections on our platform.”

“We’ve been learning from every election. We think we absolutely learned a lot from the 2016 elections here in the Philippines. And we’ve been working with many partners since then to better understand sort of what happened then, and the systems and things we need to be putting into place to make sure we can protect the integrity of these elections and all future elections.”

The country will be watching. – Rappler.com