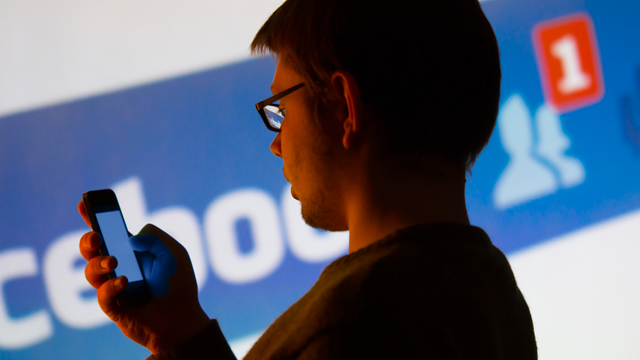 SAN FRANCISCO, USA – Facebook said Wednesday, January 30, that quarterly profit climbed to an all-time record $6.9 billion as it boosted its global user base despite scandals that have dented the leading social network’s image.

Revenue soared 30% from a year ago to $16.9 billion while the number of people using Facebook monthly rose 9% to 2.32 billion, the company said in its fourth quarter update. Prior to the report, investment research firm Zacks predicted a rise of 26% for revenue and a 9.5% growth in monthly active users to 2.33 billion.

Net profit for Facebook, which makes most of its money from online advertising, was up a strong 61% from the same period last year.

“Our community and business continue to grow,” co-founder and chief executive Mark Zuckerberg said in an earnings call.

Facebook shares jumped 11.5% to $167.67 in after-market trades that followed release of the earnings.

The latest update showed Facebook increased its user base both in the United States and Europe, where the social network has faced challenges over data protection scandals.

“With these results, Facebook has clearly demonstrated that the challenges of 2018 have not had a lasting impact on its ability to increase both revenues and usage,” said analyst Debra Aho Williamson of the research firm eMarketer.

The fact that daily active usage in North America and Europe increased was a “surprise” after the flatness seen in the US and Canada last year and the falloff that took place in Europe, according to the analyst.

Facebook has pledged to hire thousands of employees and invest in new technologies to respond to concerns about manipulation and abuse, and to take data protection more seriously.

“We’ve fundamentally changed how we run our company to focus on the biggest social issues, and we’re investing more to build new and inspiring ways for people to connect,” Zuckerberg said.

Facebook executives warned that expenses this year are expected to soar 40 to 50% as it continues to invest in data centers, new products, and security.

But analysts say the trust issue is crucial for Facebook if it wants to move forward in its mission to connect the world.

Facebook estimated that approximately 2.7 billion people use its “family” of services including Instagram, WhatsApp, Messenger, and its core social network.

The company faces demographic challenges as younger users shift to other platforms, seeing Facebook as less cool than it once was.

Analysts are watching to see how well Facebook’s other services, including Instagram, messaging services WhatsApp and Messenger and its Oculus virtual reality division, play into its fortunes.

“Messaging is an area that is growing most quickly, and this year people are going to feel these apps becoming the center of their social experience in more ways,” Zuckerberg said.

Facebook is working to let people send messages to one another no matter which of the company’s messaging apps they are using, with an increasing emphasis on making content encrypted and ephemeral, according to Zuckerberg.

As it approaches its 15th anniversary, Facebook has been able to keep revenue momentum thanks to its unique advertising model that allows marketers to reach specific segments of users.

More than 90 million small businesses use Facebook, according to the social network.

“The internet is a massive force for change, and we are at the center of a lot of the debates that brings,” Zuckerberg said.

“I do feel like we have started to turn a corner and have a clear plan for what we need to do here now.” – Rappler.com