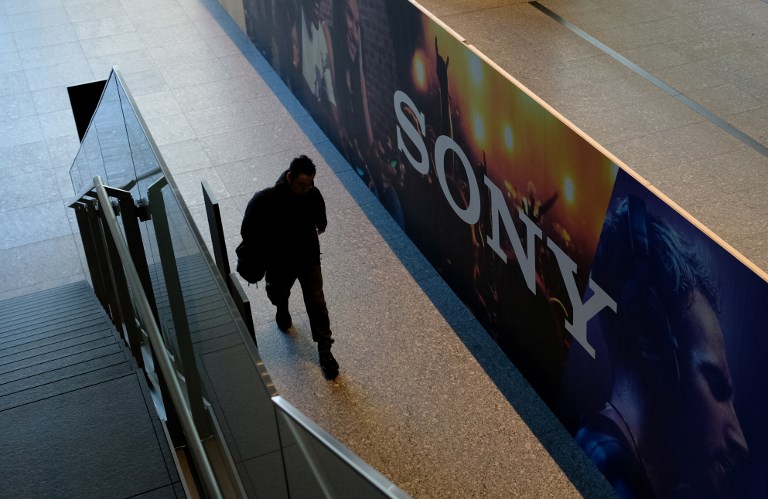 But the electronics and entertainment giant lowered its annual sales forecast, citing slower-than-expected sales in a range of fields including the key semiconductor unit.

While the company said it expected sales to fall in a range of fields, it added many of its key segments should meet forecasts including its games, music, movie, television and audio operations.

Before the announcement, analysts said the company was expected to continue seeing improvement after years of painful losses.

“Sony remains on a recovery track,” Hideki Yasuda, an analyst at Ace Research Institute in Tokyo, told AFP ahead of the announcement.

“Its game sector has continued spearheading its recovery although sales of PS4 consoles are gradually slowing down.”

“Its recent box-office movies are now generating profit through sales of DVD and Blu-ray discs as well as profits from their television licence fees,” he told AFP ahead of the announcement.

In the three months to December, including the all-important holiday shopping season, Sony said it continued to enjoy robust game software sales, although sales of PS4 consoles slowed.

EMI Music Publishing, now a Sony subsidiary, also contributed to profits, while the movieVenom added to the group’s sales.

But Sony said it had to downgrade its overall annual sales target to 8.5 trillion yen from an earlier projection of 8.7 trillion yen owing to lower-than-expected sales of financial services, semiconductors, mobile gadgets and cameras.

But a one-off tax benefit allowed the firm to lift a net profit projection to 835 billion yen from the previous outlook of 705 billion yen.

Sony continued to struggle with its smartphone business, with analysts suggesting the firm should give up the segment in the future, rather than to continue bleeding.

“Its mobile phone business continued suffering losses. Sony may have to consider drastic action, including its withdrawal from smartphone businesses in the near future,” Imanaka said.

The trade war between the United States and China also posed a risk for the conglomerate, although the degree of possible damage from the friction remained uncertain.

“A potential risk is the US-China trade dispute on the global economy, but the impact should be limited,” Yasuda added. – Rappler.com