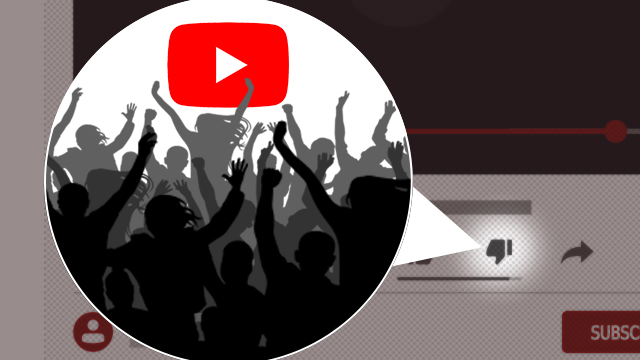 MANILA, Philippines – YouTube’s director of project management, Tom Leung, expressed the company’s awareness of “dislike mobs” and their desire to find a fix for it.

Dislike mobs are campaigns where participating users “bomb” a YouTube video with dislikes. The dislikes may have several effects. One is that users who see that a video has so many dislikes may opt not to watch the video and whatever its message is any longer. Another is that videos with more dislikes than likes are less likely to be recommended on YouTube, and are therefore seen less, The Verge suggests, citing online accounts.

Dislike mobs can form when a creator finds himself in conflict with a certain community. The community may retaliate by bombarding the creator with dislikes. It’s a mechanism that certainly can be weaponized for purposes other than conflicts in values between creators and communities.

Leung, in a video under YouTube’s “Creator Insider” series, addressed the issue, saying that their team is discussing possible solutions that will either make it harder to dislike a video. Leung talked about having more “granularity,” requiring the disliking party to say why they disliked a video after pressing the dislike button. He also mentioned removing the dislike button altogether but noted that that wouldn’t be democratic either.

The solutions, however, are only “lightly being discussed,” Leung said.

From Leung’s comments, it appears there isn’t a focused effort yet to stamp out dislike mobs.

Right now, YouTube is only at a stage where they are aware of the problem it creates for its creators and that it’s being weaponized, but they do not have yet a concrete plan in dealing with it. – Rappler.com