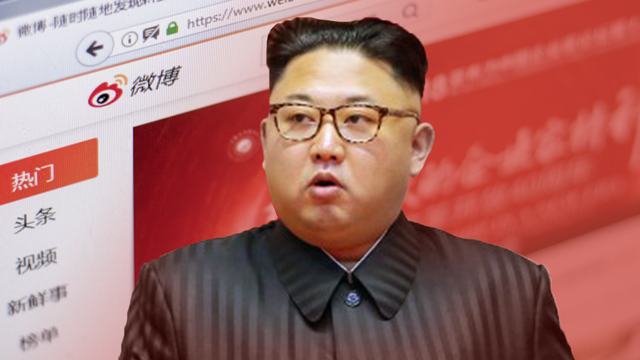 The secretive itinerary fuelled speculation on Twitter-like Weibo, as people posted about delayed trains, traffic congestion, and road closures in Chinese cities through which Kim’s iconic olive green train is expected to pass. (READ: Trump-Kim II: The summit, the script, and the sequel)

Some seemed genuinely confused by the sudden shutdown of roads, while others referenced Kim’s epic train ride through China — many choosing to use nicknames for the North Korean leader, such as “Boss Kim” or “Little brother Kim,” potentially to avoid censorship.

The train, which has a top speed of 60 kilometers (38 miles) per hour, set off from Pyongyang on Saturday for a 4,000-kilometre (2,500-mile) journey that is expected to total 60 hours — the great majority of it across China.

“Those watching Leader Kim’s Changsha road situation, has he made it to Changsha yet?” wrote one user, referring to the capital city of central Hunan province. “Changsha friends, are you ready?”

“This train is so slow,” commented another. “Yesterday it arrived in Zhengzhou — it’s only now made it to Wuhan.”

Already, censors have started to erase or limit the visibility of Weibo posts on road closures, as Kim’s train route remains swathed in secrecy.

Some posts hashtagged “Zhengzhou road closures”, for instance, have been blocked by the social media site, according to FreeWeibo, which tracks censored and deleted Weibo posts.

Other hashtags, such as “Changsha road closures”, are not searchable, despite their use in Weibo posts.

The sighting of Kim’s armoured train, which has tinted black windows and a yellow stripe, has set off a flurry of train spotting.

According to South Korea’s Yonhap news agency, the train passed through the northern coast city of Tianjin on Sunday — an indication that Kim bypassed Beijing, a destination he could visit on his way back home to debrief President Xi Jinping about the summit.

AFP could not verify the contents of the video.

The train station on the Vietnam-China border where Kim is expected to arrive by rail was closed to the public and surrounded by armed guards on Monday, as the Southeast Asian country prepares for the North Korean leader’s second summit on denuclearization with Trump.

But for people in Chinese, the most disruptive part of Kim’s long journey south is delayed commutes, as local police clear roads ahead of the North Korean leader’s arrival by train.

“My heart aches for my Wuhan friends,” wrote one user. “There was (traffic) control when Kim came during the morning rush hour — that’s truly miserable.” – Rappler.com