Huawei says U.S. has ‘no evidence’ of 5G spying allegations

Feb 26, 2019 9:28 PM PHT
Agence France-Presse
Facebook Twitter Copy URL
Copied
In a keynote address at the 2019 Mobile World Congress, Guo Ping reiterates his company's position that there are no 'backdoors' in its technology that could allow Beijing to spy on countries 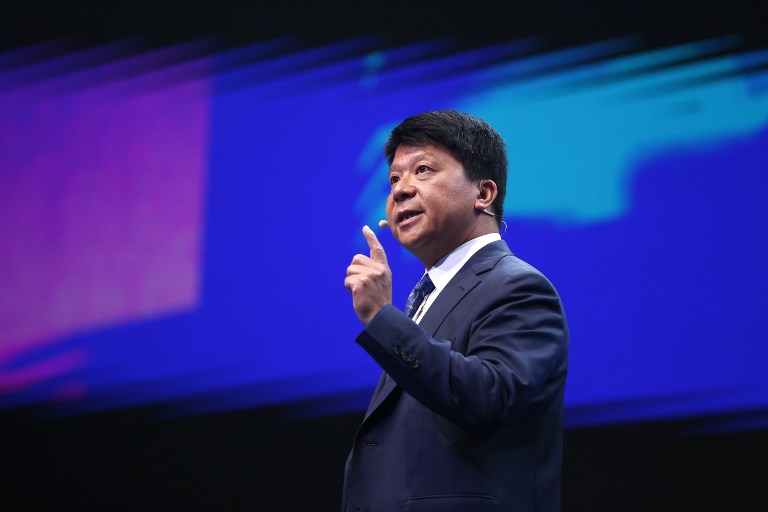 BARCELONA, Spain – Huawei’s chairman said on Tuesday, February 26, the United States has “no evidence” its equipment to build next-generation 5G wireless networks could be used as a vehicle for Chinese spy operations.

In a keynote address at the mobile industry’s biggest annual global event in Barcelona, Guo Ping reiterated his company’s position that there are no “backdoors” in its technology that could allow Beijing to spy on countries.

“The US security accusation against our 5G has no evidence. Nothing. The irony is that the US Cloud Act allow their entities to access data across borders,” he said at the Mobile World Congress.

“We don’t do bad things. Let me say this as clear as possible. Huawei has not and we will never use backdoors and we will never allow anyone to do so in our equipment. We take this responsibility very seriously,” he added, speaking in English.

US President Donald Trump’s administration has in recent months ramped up efforts to block Huawei, the leader in 5G, by urging allies to avoid the Chinese powerhouse, claiming that national security interests are at stake.

Washington considers the matter urgent as countries around the world prepare to roll out fifth-generation or 5G networks that will bring near-instantaneous connectivity, vast data capacity and assist futuristic technologies such as self-driving cars.

Network operators seeking to quickly deploy the new wireless networks are in a bind as Huawei’s 5G equipment is seen as being considerably more advanced than that of its rivals such as Sweden’s Ericsson or Finland’s Nokia.

Huawei, China’s most successful global firm, says it is 12 months ahead of its rivals in implementing 5G technology.

“Huawei is leading in 5G globally but we understand innovation is nothing without security,” said Guo, before adding 5G security standards should be decided by technical experts.

The head of Vodafone, the world’s second largest mobile operator, said Monday the United States needed to share any evidence it has about Huawei with European authorities so they can decide whether or not to use the Chinese firm’s technology in their 5G networks.

“We need to have a fact-based risk-assessed review,” Vodafone chief executive Nick Read told a penal discussion on the opening day of the Barcelona trade show.

He said he had not seen what evidence the United States has to back its claims “but they clearly need to present that evidence to the right bodies throughout Europe.”

Australia, New Zealand and Japan have followed Washington’s call for a Huawei ban, but the picture in Europe is more nuanced.

Some major countries such as Germany expressing concerns that banning Huawei would cause a considerable setback in Europe’s efforts to deploy 5G and stay competitive in communications. – Rappler.com