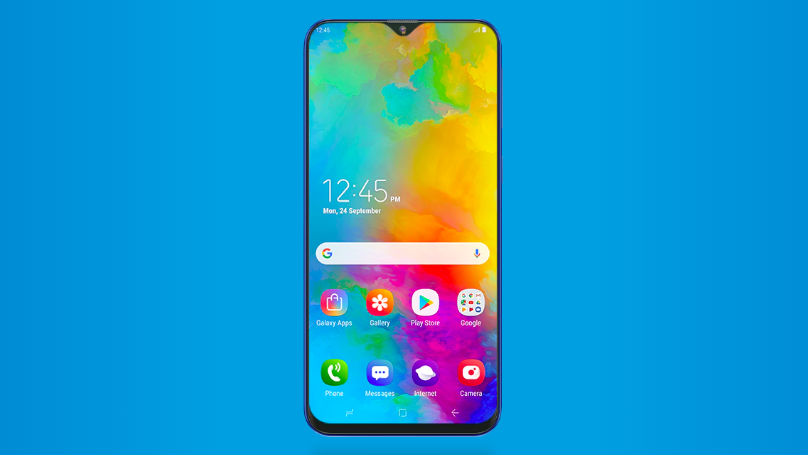 MANILA, Philippines – Samsung releases a new budget phone to go against the likes of Xiaomi, Huawei, and OPPO: the Samsung Galaxy M20.

The phone became available exclusively on online shops Lazada, Shopee, Argomall, Abenson, and MemoXpress on Wednesday, March 6. It runs on a 5,000 mAh battery that Samsung says allows one to make calls for 29 hours, watch 17 hours of video, or listen to music for 101 hours. Its fast-charging feature powers up the device to 10% in 10 minutes – a nice feature to have though it’s not as fast as top flagships.

It has what Samsung calls an FHD+ Infinity V-display, the V being a reference to the waterdrop notch, measured at 6.3 inches and a 90% screen-to-body ratio. It’s available in two colors: charcoal black and ocean blue.