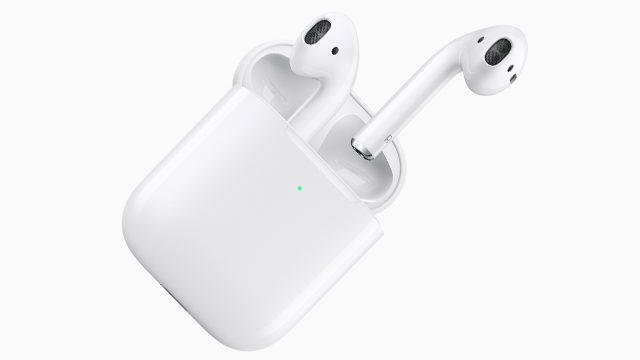 The AirPods are Apple’s wireless earphones first launched in December 2016. This is the first time that the device is getting a new version.

The new AirPods will have an H1 chip, that Apple says will lead to better “performance efficiencies, faster connect times, more talk time, and the convenience of hands-free ‘Hey Siri.’”

Specifically, the new AirPods are also said to deliver 50% more talk time, and connects to devices two times faster than the original AirPods. It’s also the first time that users can call upon Apple assistant Siri, hands-free, using the AirPods.

They will come with either the standard charging case or a new wireless Qi-compatible charging case. Each case holds additional charges for about 24 hours of total listening time.

They will be available on Apple.com and the Apple Store app today, and Apple Stores next week, although availability will likely depend on the region.