Apr 16, 2019 2:25 PM PHT
Agence France-Presse
Facebook Twitter Copy URL
Copied
A spokesman for YouTube, which is owned by Google, says the text box feature had been disabled for live streams related to the fire 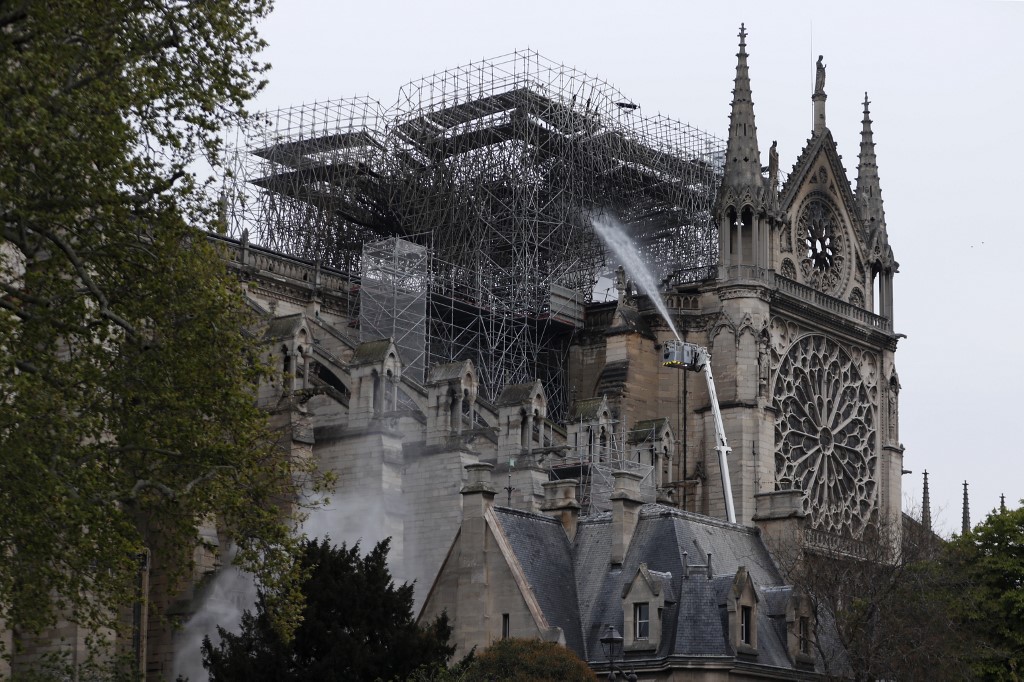 SINGAPORE – A YouTube fact-check feature which is meant to tackle misinformation accidentally tagged live broadcasts of a fire engulfing Notre-Dame Cathedral in Paris with details about the 9/11 terror attacks.

The blaze erupted in the UNESCO world heritage landmark in the French capital Monday, April 15, sending its spire and roof crashing to the ground as flames and clouds of smoke billowed into the sky.

The fire, which at one point threatened the entire edifice, was brought under control early Tuesday, April 16, about 9 hours after it broke out.

News outlets began live-streaming broadcasts of the fire on YouTube, but below some of the clips an unusual text box popped up – an entry from the Encyclopedia Britannica about the September 11, 2001 attacks in the United States.

In those attacks, Al-Qaeda militants hijacked two passenger planes and flew them into the towers of the World Trade Center in New York, causing them to collapse, while a third hijacked jet smashed into the Pentagon. Some 3,000 people were killed.

A spokesman for YouTube, which is owned by Google, said the text box feature had been disabled for live streams related to the fire.

“These panels are triggered algorithmically and our systems sometimes make the wrong call,” the spokesman told AFP. “We are deeply saddened by the ongoing fire at the Notre-Dame Cathedral.”

The feature, which also links to other outside sources such as Wikipedia, was introduced last year after YouTube faced intense criticism over videos containing misleading and extreme content.

The panels are supposed to combat misleading videos about well-known events — such as the first successful manned landing on the moon — by presenting the true facts, in a bid to stop the spread of conspiracy theories.

YouTube, Facebook and Twitter came under fire last month after a horrific video of a gunman’s deadly rampage at two New Zealand mosques was circulated on the sites.

The Christchurch massacre, in which 50 people were killed, was live-streamed on Facebook, which moved to block the footage. But it was then shared repeatedly on the other two sites. – Rappler.com