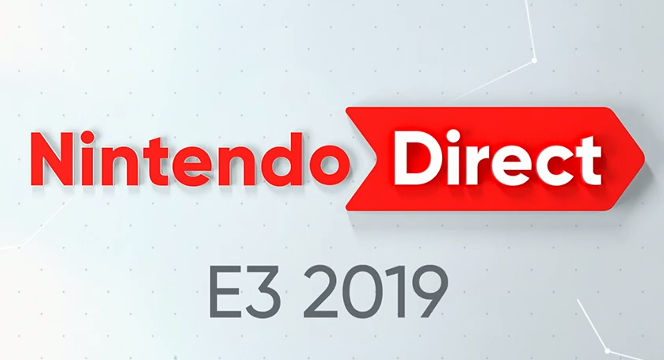 Facebook Twitter Copy URL
Copied
Among its many announcements, Nintendo says two new 'Super Smash Bros. Ultimate' fighters are in the roster and confirms a sequel to 'The Legend of Zelda: Breath of the Wild' is in the works

MANILA, Philippines – Nintendo returned to E3 this year, Wednesday, June 12, with an over 40-minute Direct conference to showcase what’s in store for Switch owners.

Here are the top announcements:

The Legend of Zelda: Breath of the Wild sequel in the works

At the end of the conference, Nintendo confirmed that a sequel to the hit action-adventure game, The Legend of Zelda: Breath of the Wild, is already in development. It was revealed at the conference that Dragon Quest’s Hero and Banjo-Kazooie are the next two fighters joining Super Smash Bros. Ultimate as DLC.

The Hero can take the form of different unnamed protagonists across Square Enix’s Dragon Quest series of role-playing games. Banjo and Kazooie, meanwhile, are the bear and bird duo who stars in a long-running series of platforming games.

Nintendo announced that The Hero is coming this summer while Banjo-Kazooie is expected for fall.

Luigi’s got new moves to bust ghosts with in Luigi’s Mansion 3. Using the Poltergust G-00, he can suck up a ghost and slam them on the ground. He can also unleash a burst attack that releases air to blow everything nearby away.

Partner up with Luigi and his doppelganger Gooigi while using your numerous tools to rescue Mario and friends in #LuigisMansion 3, coming to #NintendoSwitch in 2019! pic.twitter.com/2tMbew20pl

Puzzles are back in the game too. Some of them require Luigi to summon Gooigi, his goo-based clone, to walk through walls and spikes. Gooigi can be controlled by another player via local co-op, which could make solving puzzles easier.

Animal Crossing fans may have to wait a little longer to play Animal Crossing: New Horizons for the Switch. It was revealed at the conference that the game has been pushed back from its original 2019 release to early 2020.

The Legend of Zelda: Link’s Awakening comes to Switch this September

Nintendo revealed that the remake of the beloved Gameboy classic, The Legend of Zelda: Link’s Awakening is launching on the Switch on September 20, 2019. The new trailer for the game also shows a new mode that lets players design their own dungeons. No More Heroes 3, the next installment in the cult-classic action series, is officially coming to the Switch in 2020.

Daemon x Machina is releasing on the Switch on September 13, 2019.

The game has players take control of an Arsenal, a fully mechanized battle suit, to defend the planet from a rogue AI that can control mechs.

The Witcher 3: Wild Hunt Complete Edition to get a Switch port

The Witcher 3: Wild Hunt, one of the defining games of the current generation of consoles, is making its way to the Switch.

First released in 2015 for the Playstation 4, Xbox One, and PC, the highly acclaimed action role-playing game joins the likes of Skyrim, Diablo 3, and Dark Souls to receive Switch ports. It’s expected to be released later this year. – Rappler.com