Huawei staff pair up with Chinese military on research 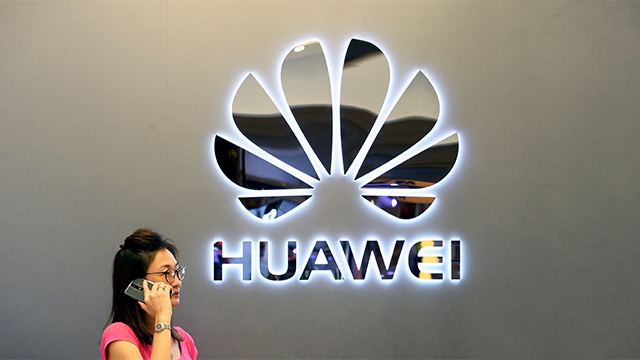 BEIJING, China – Huawei employees have teamed up with Chinese military scientists to carry out research, a collaboration that challenges the telecom giant’s assertion that it has no ties to the country’s government or armed forces.

US President Donald Trump placed Huawei last month on a blacklist prohibiting US firms from selling components to the company, raising tensions in the US-China trade war. A 90-day reprieve was granted.

Several research papers published since 2009 show Huawei employees have worked with researchers at different arms of the People’s Liberation Army, according to an Agence France-Presse review of academic papers. Bloomberg News first reported on the collaborations.

Military and private sector collaboration is common in many countries but Huawei has gone to great lengths to deny any close relationship with the Chinese government or military.

Microsoft researchers in China for instance raised eyebrows earlier this year for their work with scholars affiliated with a Chinese military-backed university — researchers from the same university worked with a Huawei employee on at least one project.

Huawei employees and PLA members have worked together on at least 10 research projects including artificial intelligence and radio communications, according to Bloomberg News.

“We don’t have any R&D collaboration or partnerships with the PLA-affiliated institutions,” Ren told journalists in January, according to a Huawei transcript.

“We are probably selling a small amount of civilian products to the PLA, but I don’t know the exact number, because it is not our major customer,” he said at the time.

But the academic papers list the names of the researchers and the Huawei units they work for.

An employee at Huawei’s Shanghai office is listed as the lead author of one research project alongside a member of PLA unit 78156 and another researcher at an investigative center under the Central Military Commission.

The project focused on better understanding and classifying the emotions of comments on online videos and appeared to be funded by a Chinese government information security programme.

Another paper was authored by an employee at Huawei’s Beijing office who teamed up with a computer scientist from the National University of Defense Technology, and other researchers, to look into methods of analysing software quality, security and reliability.

Huawei is not aware of its employees publishing research papers in their individual capacity, a company spokeswoman said in a statement, adding that Huawei does not have any R&D collaboration with PLA-affiliated institutions.

The defense ministry said it does not comment on academic research.

“As everybody knows Huawei is a privately-owned company that has developed independently,” added ministry spokesman Ren Guoqiang at a monthly briefing on Thursday.

“There is no such thing as (Huawei) having a Chinese military background,” he said.

Since coming under fire from Washington last year, Huawei has adopted an aggressive media push to deny the alleged close relations with Beijing and espionage accusations.

But the denials, particularly from founder and CEO Ren, have occasionally led to messaging mishaps for the company.

In an interview with the BBC in February, Ren denied that Huawei received government subsidies.

But Huawei records show the company has taken in hundreds of millions of dollars in research grants from the Chinese government over the last decade — in addition to being awarded heavily subsidised land and massive credit lines from state policy banks to help sell its telecom gear abroad.

A Huawei spokeswoman later told AFP that Ren meant Huawei did not receive any “special” subsidies from the government. – Rappler.com