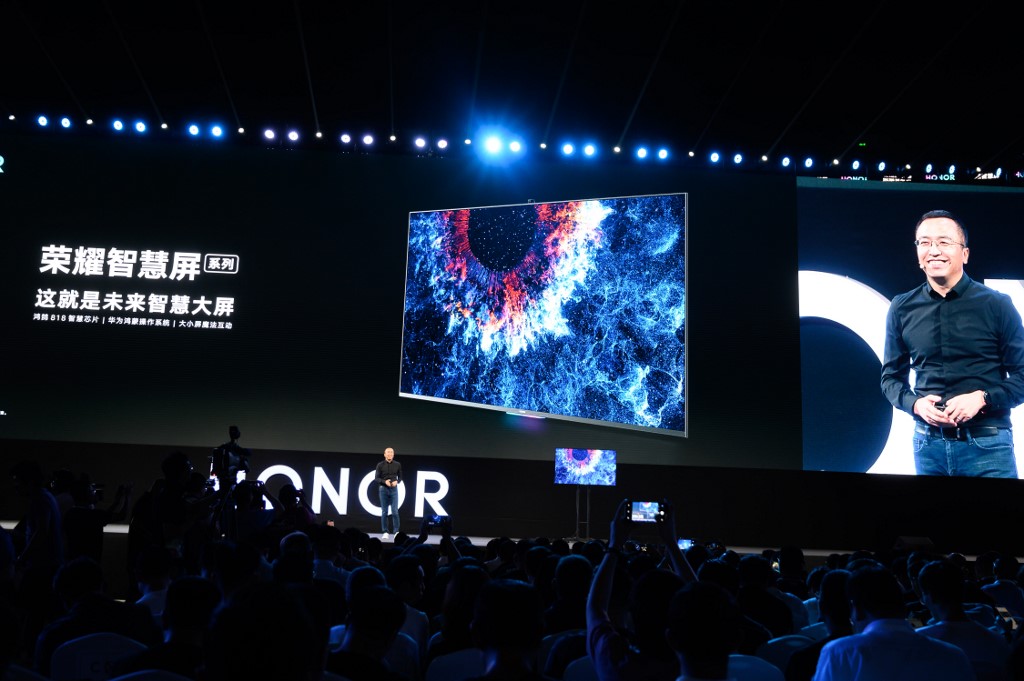 DONGGUAN, China – Chinese telecom giant Huawei, which has been caught in the crossfires of the Washington-Beijing trade war, unveiled on Saturday, August 10, a new smart television, the first product to use its own operating system.

The television will be available from Thursday in China and marks the first use of HarmonyOS, chief executive George Zhao said, adding that it will be marketed by its mid-range brand, Honor.

Huawei revealed its highly-anticipated HarmonyOS on Friday as an alternative operating system for phones and other smart devices in the event that looming US sanctions prevent the firm from using Android technology.

American companies are theoretically no longer allowed to sell technology products to Huawei, but a three-month exemption period – which ends next week – was granted by Washington before the measure came into force.

That ban could stop the tech giant from getting hold of key hardware and software, including smartphone chips and elements of the Google Android operating system, which runs the vast majority of smartphones in the world, including Huawei’s.

Huawei – considered the world leader in fast fifth-generation or 5G equipment and the world’s number two smartphone producer – has been blacklisted by US President Donald Trump amid suspicions it provides a backdoor for Chinese intelligence services, which the firm denies. – Rappler.com