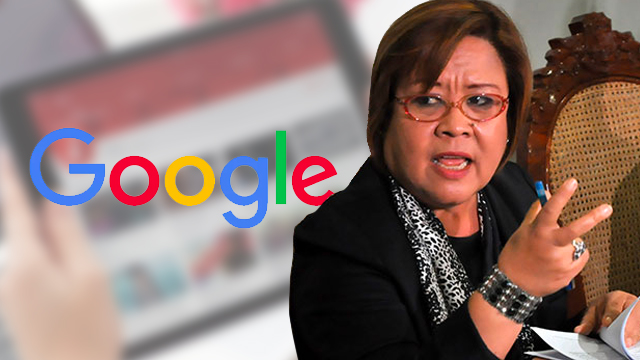 “The continued proliferation of fake videos on YouTube is highly alarming. These fake videos have been widely shared across social media platforms by well-orchestrated network of pages that aim to manipulate reality to advance their political agendas,” she said last Friday, August 23.

“I should know,” De Lima said. “Evil men and women who are behind the fake news stories and videos against me have long been resorting to YouTube, among other social media platforms, to discredit me and make me appear bad in the public’s eyes.”

She says that her staff reports these pages regularly but says that Google’s efforts have not been enough to control the proliferation of these videos. She asked that Google Philippines and its “mother unit” – its parent company is Alphabet – be more innovative in taking control.

“The people behind these dubious accounts and channels should also be held accountable for their actions.  Media literacy and fact-checking platforms would not suffice unless technology giants like Google contribute in fighting disinformation,” she said. – Rappler.com