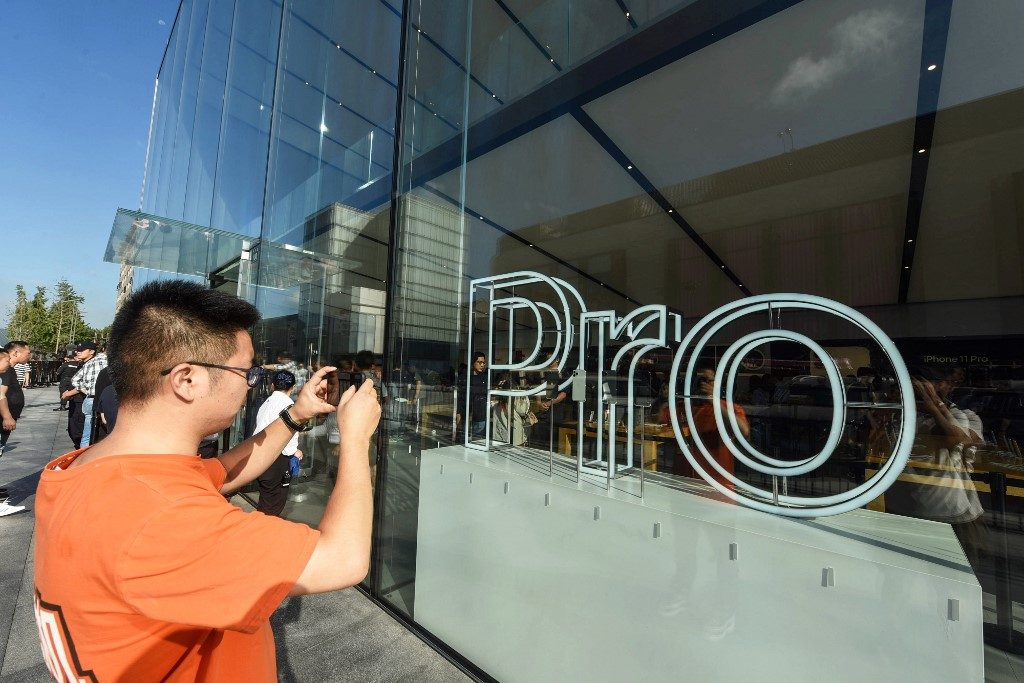 BEIJING, China – China’s state media accused Apple on Wednesday, October 9, of supporting pro-democracy protesters, warning the US tech giant would suffer consequences for its “unwise and reckless” decision, in an echo of campaigns against other Western firms.

An opinion piece in the People’s Daily, the mouthpiece of the ruling Communist Party, highlighted a transport app available on Apple’s store that it alleged helped protesters identify police in Hong Kong.

“Does this mean Apple intended to be an accomplice to the rioters?”

The article then cautioned that: “The map app is just the tip of the iceberg”.

It alleged that a song advocating “Hong Kong independence” had appeared on the “Apple Music Store” in the southern Chinese city, then issued an ominous warning.

“Nobody wants to drag Apple into the lingering unrest in Hong Kong. But people have reason to assume that Apple is mixing business with politics, and even illegal acts,” it said.

“Apple has to think about the consequences of its unwise and reckless decision,” the article said.

As with other campaigns led by state-run press against foreign firms for perceived support of the democracy movement in Hong Kong, comments on China’s strictly controlled internet echoed those of the media.

“It definitely wasn’t an accident that Apple allowed HKmap.live online,” wrote one commentator on Weibo.

“(Apple) should know exactly what it’s doing… It seems that there is too little domestic pressure against Apple.”

Apple, which has a huge presence in China, did not immediately reply to an emailed request for comment.

Hong Kong has endured nearly four months of protests that were ignited by a now-scrapped plan to allow extraditions of criminal suspects to the mainland.

They snowballed into a movement calling for more democratic freedoms and police accountability, in the biggest challenge to China’s rule of Hong Kong since its handover from the British in 1997.

China tolerates no dissent on the highly sensitive issue and has in recent weeks increasingly targeted foreign companies and organizations for perceived support of the protesters. (READ: ‘No regrets’ for Hong Kong gamer kicked out of eSports tournament)

The American National Basketball Association was this week targeted after the general manager of the Houston Rockets, Daryl Morey, posted a tweet supporting the protesters.