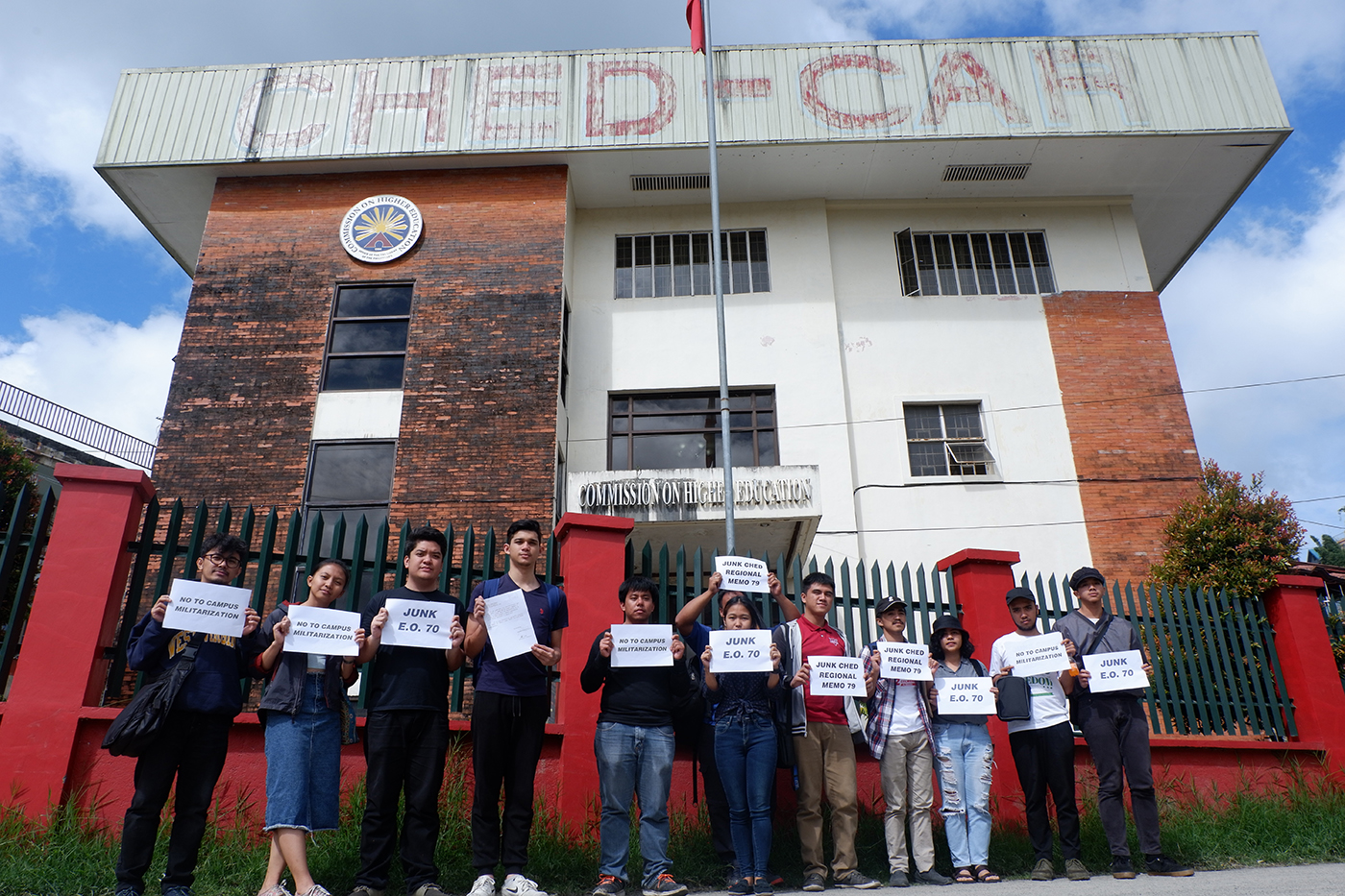 MANILA, Philippines – Student leaders of Baguio City and Benguet filed a petition before the Commission on Higher Education (CHED) regional office to revoke a memorandum that approved a police and army information campaign inside universities.

CHED-Cordillera Administrative Region (CAR) on October 18 issued Regional Memorandum Order (RMO) No. 79 that endorses what is called Sulat-Kamay, an information drive led by the Cordillera police where they hold fora inside universities.

According to the petition, while the campaign is only set to start on Monday, November 11, cops and soldiers have held 8 similar fora in universities in Baguio City and Ifugao, including Saint Louis University, University of Baguio, and Ifugao State University.

“We are alarmed by CHED-CAR RMO 79 as it essentially provides a free pass for the police entry in unversities, creating more access for them in spreading unverified claims and vilification against legitimate organizations in schools,” said Nico Ponce, UP Baguio University Student Council chairperson.

In Metro Manila, the police and the military tagged prominent schools in the alleged Red October plot last year, slammed by universities as massive red-tagging of students.

Students have protested against police and military presence inside universities here. – Rappler.com