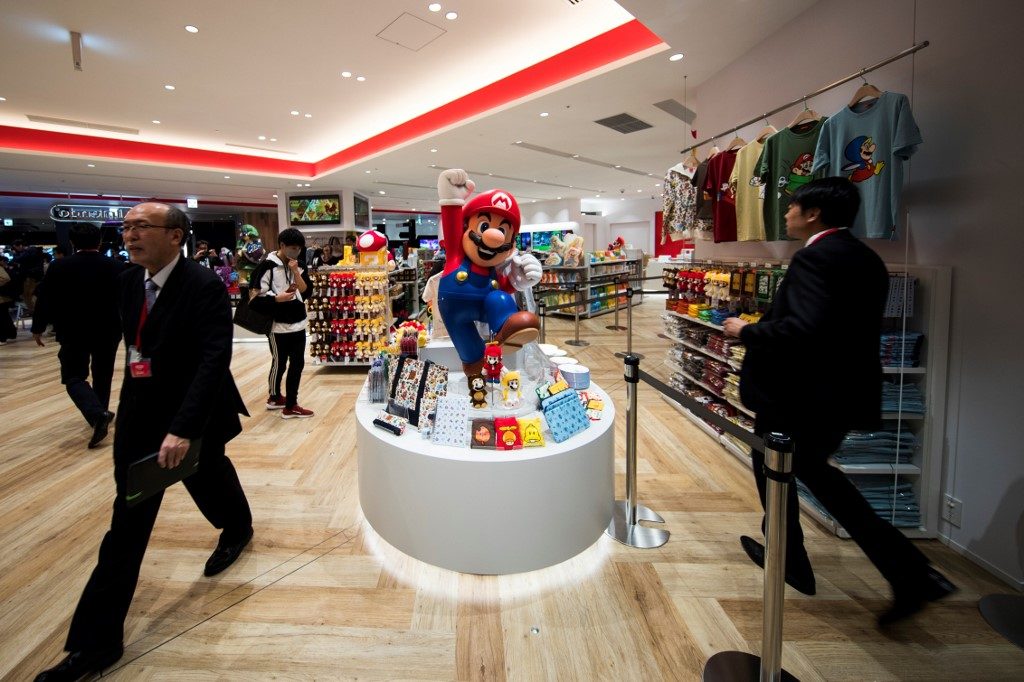 TOKYO, Japan – Nintendo this week throws open the doors to its first bricks-and-mortar store in Tokyo, offering everything from Super Mario mugs to Zelda handbags as part of a new gaming complex in the heart of the city.

Set in a refashioned department store on one floor just minutes from the famed “scramble crossing” in Shibuya district, the giant retail space also includes shops selling merchandise from some of the biggest names in gaming including Capcom and Pokemon.

Nintendo’s outlet is the game giant’s first directly operated in Japan, and only its second worldwide following a similar New York shop.

“Young people and foreign people flock to Shibuya. We picked this location, aiming to attract a wide range of people,” a Nintendo official said at a press preview before Friday’s official opening.

Half its stock will be available exclusively at the store, with the 1,000 items on sale ranging from game hardware and software to clothing, mugs and stationery branded with Mario, Zelda and other characters from the firm’s hit game titles.

On the same floor are several shops offering goods by other big-name gaming brands, in what officials hope will become a major draw for tourists and local fans of Japanese games and comics.

Next to the Nintendo store is a shop offering physical versions of items seen in the Touken Ranbu video game, including a silver hand mirror in a wooden box on sale for around $460.

Another store offers items from Monster Hunter and other Capcom games, while a third specialises in goods featuring heroes from One Piece and other manga comics that have grown from the popular JUMP weekly.

There’s even a Pokemon Center shop, with swanky offerings featuring the game’s famed star character Pikachu – including a statuette studded with Swarovski crystals.

Nintendo has had enormous success with its Switch console, and unveiled the pocket-sized Switch Lite earlier this year.

It has also seen brisk demand for its games, with this year’s releases Super Mario Maker 2, The Legend of Zelda: Link’s Awakening and Fire Emblem: Three Houses all becoming multimillion-unit sellers. – Rappler.com