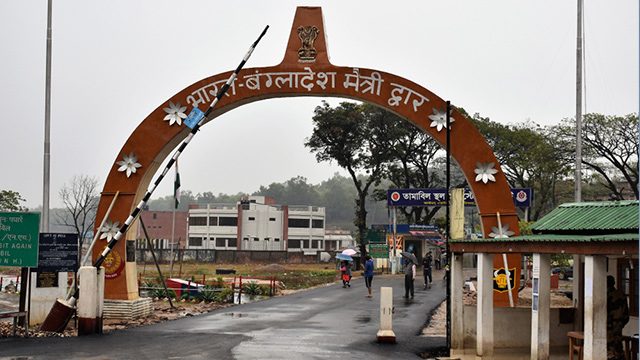 DHAKA, Bangladesh – Bangladesh has cut services to millions of mobile phones along its border with India for “security” reasons amid fears a new citizenship law passed by its giant neighbor could prompt an influx of migrants.

The directive was issued “for the sake of the country’s security in the current circumstances,” the spokesman told AFP.

Bangladesh shares a 4,000-kilometer (2,500-mile) border with India and the shutdown would affect some 10 million mobile phone users, according to a top official from one operator.

“A large number of people in the border area will be without internet, voice and other mobile services,” said Association of Mobile Telecom Operators Bangladesh spokesman S.M. Farhad.

BTRC officials said there were fears of fallout from India’s new citizenship act, which accords rights to refugee migrants from neighbouring countries but excluded Muslims.

“We are worried that India’s current condition may prompt many people to enter Bangladesh,” said a BTRC official, speaking on the condition of anonymity.

At least 27 people have died and hundreds injured in two weeks of protests over the Citizenship Amendment Act marked by clashes between demonstrators and riot police.

The earlier exclusion of nearly two million people from a new list of citizens in India’s Assam state has already triggered fears of deportations to Bangladesh.

Bangladesh Home Minister Asaduzzaman Khan has said attempts to deport people from India have been thwarted by border guards in recent weeks.

Media reports said hundreds of people who have recently entered Bangladesh from India have been detained by border guards. – Rappler.com