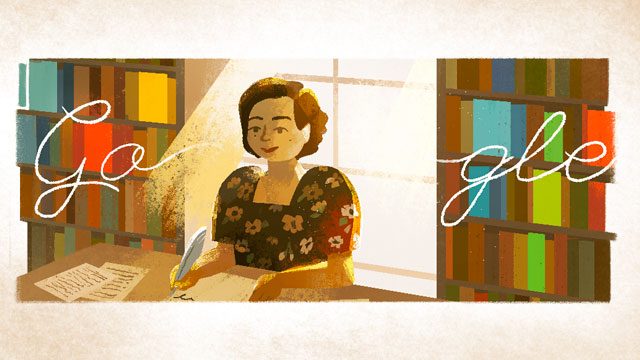 MANILA, Philippines – On Friday, January 3, Filipino author and academic Genoveva Matute became the subject of Google Doodles, which are temporary alterations of the Google logo to commemorate an important occasion. The doodle celebrates her 105th birthday today.

Matute is known for “Ang Kuwento ni Mabuti” – the first short story in Filipino to win a Palanca when the annual literary awards were first held in 1951. She was also a recipient of the the Gawad Cultural Center of the Philippines in 1992, the Republic Literary Awards from the National Commission for Culture and the Arts in 1995, and the St Scholastica College’s St Hildegarde of Bingen Award for women-pioneers of Philippine media in 2007.