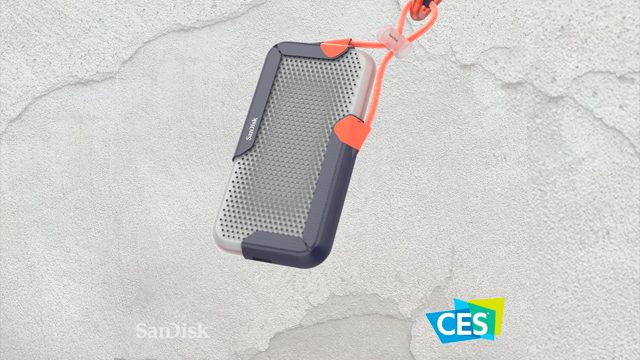 At the top of mind for many of the storage-conscious is a prototype device under Western Digital’s SanDisk brand – an 8-terabyte super fast external solid state drive (SSD).

What does the future for SanDisk storage hold? An 8TB prototype of massive space in a portable, pocket-sized form factor. Who's excited? #CES2020

This is double the capacity of CES 2019’s 4 TB prototype, and the device still fits in your pocket while supporting 20 Gigabit per second (Gb/s) speeds.

WD also launched a couple of specialty storage solutions at CES 2020, with some of them said to be out now.

It came out with the SanDisk Ultra Dual Drive Luxe, a flash drive with a dual connector drive setup supporting USB Type-C laptops and mobile devices. Western Digital’s shop prices the 1TB model at $249.99, though it’s only available for reservations for now.

Lastly, the company also revealed a pair of hard drives licensed for the Xbox One game console, the WD Black P10 Game Drive and the WD_Black D10 Game Drive. Both drives come with an Xbox Game Pass Ultimate trial membership, but support different amounts of data. The WD Black P10 supports up to 5TB of data, while the WD Black D10 drive is a 12TB device. – Rappler.com